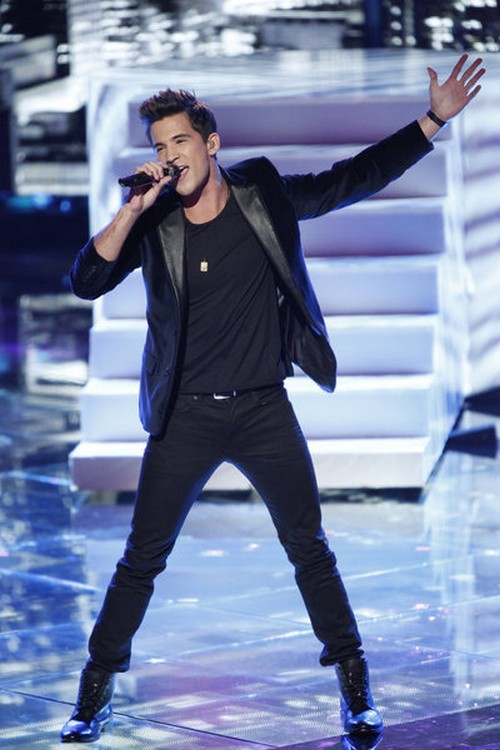 Dez Duron took the stage tonight on THE VOICE for his Top 10 video performance.  Dez sang “Feeling Good” by Michael Buble.  Tonight’s show the top 10 perform live in front of coaches Christina Aguilera, Adam Levine, CeeLo Green and Blake Shelton for America’s vote and a chance to move on to the elite eight.  Did you miss tonight’s episode?  If you did we watched it and we recapped it here for you.

Judges’ Comments: Team Christina has Dez Devon singing Feelin’ Good tonight. He absolutely sells this song and the full band behind him pushes the performance completely over the top. Christina is clearly proud of Dez. Cee Lo loved it. Blake congratulated him for figuring out what type of music he should be doing.

Dez did a fabulous job tonight loved it.  The Voice has decided that Dez is the sexy one of the competition and they keep talking about his looks.  I have to admit he is a cutie pie!  Still he was great.  Vote for Dez Duron: 1-855-VOICE-10