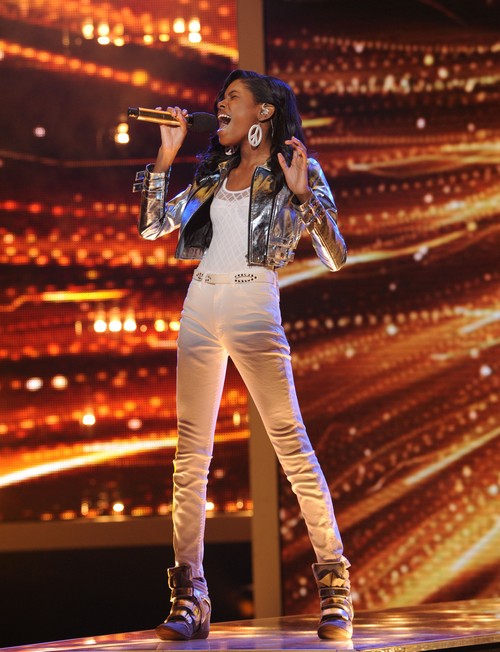 Diamond White took the stage tonight on THE X FACTOR USA for her Top 6 video performance.  Diamond White sang “Diamonds” by Rihanna for her Pepsi Challenge song.  Tonight’s show the top 6 performed live in front of coaches Simon Cowell, Britney Spears, Demi Lovato and AJ Reid for America’s vote and to make it another week.

Judges comments:   LA didn’t love it but Demi thinks she really did it justice. Simon thought the second half of the song was better than the first half and she had a good night.

Diamond White gets to perform Rihanna’s current hit, Diamonds and she sounds better than the original. She may have been in the bottom two last week but she’s not going home this week, that’s for sure!  Vote for Diamond White at 1-855-THE-XF-11