Did Kate Middleton Lie About Being Bullied? 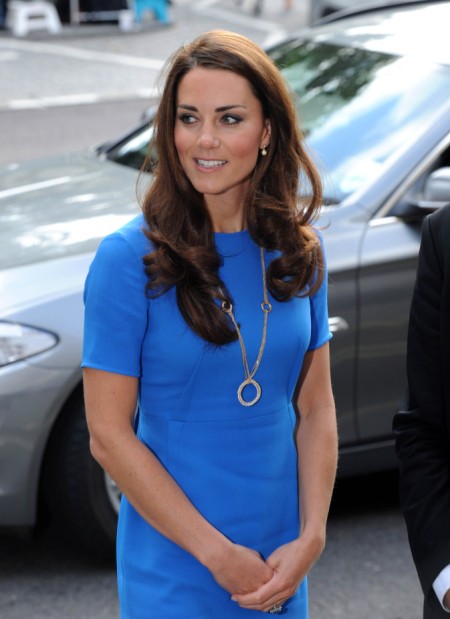 Reports that Kate Middleton was bullied in grade school are coming under fire from a classmate who attended the private, elite Downe House school in Berkshire along with the Duchess of Cambridge. It’e been widely publicized that Kate’s parents removed her from the school when she was 13 years old after only two terms because she was being taunted by the other girls.

According to Jessica Hay, who ended up selling the story, a bunch of girls put a pile of poo in Kate’s bed while she was there. Ya, that would be enough to make me want to leave too. Carole and Michael Middleton enrolled Kate in Marlborough College in April 1996.

But now classmate Emma Sayle, who asserts she is still a close friend of Kate’s, is speaking out about the messy situation and crying “Foul!” Tom Sykes from The Daily Beast reported that Emma said, “The main points of that bullying story do not add up. There was no poo in her bed because she was a day girl and not a boarder, and she was not bullied for being too perfect. The girls considered perfect were never bullied but idolised. They were the ones ruling the roost… and Kate went on to rule one of the biggest roosts in the world.”

If I was going to be bullied I would only want to be for being too perfect, wouldn’t you? Oh, Kate, you even make being bullied seem glamorous! So was Kate bullied or not? She seems to think so (and Prince William seems to think she still is). In a list of charities she and Prince William asked people to donate to for their wedding, Kate listed Beatbullying.org. At the time  The Daily Mail wrote, “James’s Palace yesterday confirmed the organisations all had ‘a particular resonance with Prince William and Miss Middleton and reflect issues in which the couple have been particularly interested in their lives to date’.”

So she wasn’t bullied for being too perfect. Other reports have stated that Kate was the target because she was shy and skinny. A group of girls called her names and stole her stuff. That sounds more realistic. I just wonder why the poo story has stuck around so long. Kate’s not above getting Katie Nicholl over at the Daily Mail to clarify things for her to the public. Kate might never speak out about her private life but that doesn’t mean she doesn’t have people do it for her. Do you think Kate used the bullying story and let it snowball to try to ingratiate herself with her people?