Did Kate Middleton Marry The Great-Grandson Of The Cook’s Daughter? 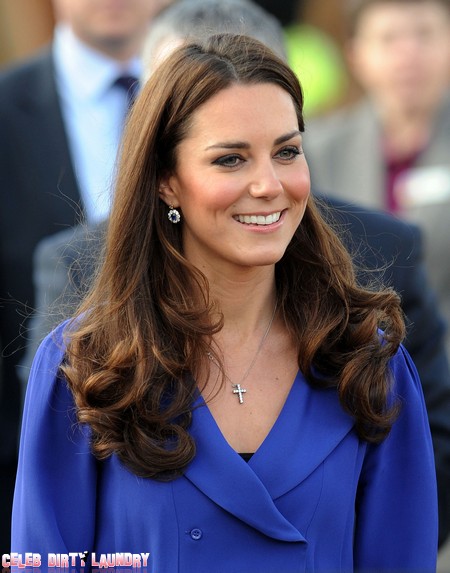 When Kate Middleton married Prince William she didn’t know that he might very well be the great-grandson of a cook’s daughter!  Yes, it seems that Queen Elizabeth II’s mother, aka the Queen Mother (Prince William’s great-grandmother) was the daughter of her family’s French cook.  Lady Colin Campbell claims that rather than the consequence of any royal indiscretion, this unlikely ancestor was the consequence of ‘an early version of surrogacy’ used for both Elizabeth Bowes Lyon (Elizabeth II’s mother) and her younger brother David.

The astonishing claims are contained in ‘The Queen Mother, The untold story of Elizabeth Bowes Lyon, Who became Queen Elizabeth the Queen Mother’, on sale next month.  According To Lady Campbell the cook was an ‘attractive and pleasant Frenchwoman’ called Marguerite Rodiere.  She was selected to be a surrogate mother to the future Queen Elizabeth because her own mother Cecilia, who already had eight children, was unable to have any more.

It was not unusual for the upper classes and even royalty to use ‘surrogacy’ arrangements to create large families, the book claims.  Lady Colin says that it was important that aristocrats left a ‘spare heir or two’, and sometimes enlisted the aid of their domestic staff.  Sort of like what Arnold Schwarzenegger did with the Mildred Baena…  just kidding!

The Daily Mail reports:  The publication of the extracts could not have been more ill-timed, as the Queen on Friday held a service of remembrance for her beloved mother to mark the 10th anniversary of her death.

Hugo Vickers said: ‘It is exactly ten years to the day that the Queen Mother died and I do not think it very nice at all to be promulgating these kind of theories at this time, particularly when the Queen has been celebrating her much loved mother’s life at Windsor today.

‘Lady Colin Campbell has been pushing this bizarre theory for some time in conversations etc. and I have to say I think it is complete nonsense.  ‘You only have to look at pictures of the Queen Mother and her mother to see that they are related.’

Royal author Michael Thornton said: ‘I suppose that Georgie Campbell, whom I have known for many years, was faced with the same difficulty confronting all biographers of the Queen Mother: namely that everything of importance has already been said, leaving it difficult to find anything new to say.

‘But I have to say that I utterly disbelieve this claim on her part, and without DNA evidence to support it, there is absolutely no way now of proving it.

‘I think it is unfortunate to publish this allegation in the Queen’s Diamond Jubilee year.

‘It is bound to distress the Queen, and most particularly the Prince of Wales, who was devoted to his grandmother.’

The Queen Mother’s exact date of birth in August 1900 as the fourth daughter of Lord Glamis, later 14th Earl of Strathmore and Kinghorne, has always been disputed.

It also remained unclear whether she was actually born in the back of a London ambulance or the family home, St Paul’s Waldenbury, in Hertfordshire.

Another puzzle has been why the Queen Mother, born the Honourable Elizabeth Angela Marguerite Bowes Lyon, was given a French middle name.

Lady Colin continued: ‘The Duke of Windsor always maintained that he would never have revealed Elizabeth’s secret had he not discovered at the time of the Abdication Crisis, through Lord Beaverbrook, that Elizabeth was behind the scurrilous and utterly untrue rumour that Wallis (Simpson) had learnt secret sexual techniques in a bordello in China, and it was this which was the secret hold she had over King Edward VIII.

‘Once he knew this to be true, however, he felt justified in rumbling the sister-in-law who had a secret of her own, and one, moreover, which had in his view, more merit than the one she had invented about his beloved.’

She writes: ‘For those who asked, as I did when I was a late teenager, why she was being called by that nickname, there was always a member of the Windsor circle willing and able to recount how the High and Mighty Princess Elizabeth, Queen of the United Kingdom and Northern Ireland, Empress of India, Queen of Canada, Australia, etc,etc, was not even legitimate, but the daughter of the 13th Earl of Strathmore and Kinghorne and St Paul’s Waldenbury cook, Mademoiselle Marguerite Rodiere.

‘Whether this was indeed the case, none of us will ever know definitively unless DNA studies are done on Elizabeth and Cecilia to establish whether they shared a genetic link.’

Royal biographer Michael Thornton said: ‘It actually doesn’t make any sense. I did investigate all these rumours while I was researching Royal Feud, and I found absolutely no hard evidence whatever to support them.’

We will probably never know the truth because without DNA testing neither side can claim to know if the Queen Mom was of royal birth or not.  In either case Prince William will be the  King Of England one day and lovely Kate will be his Queen.