Did Kristen Stewart Sleep with Sean Penn To Earn Her Role In Into The Wild? 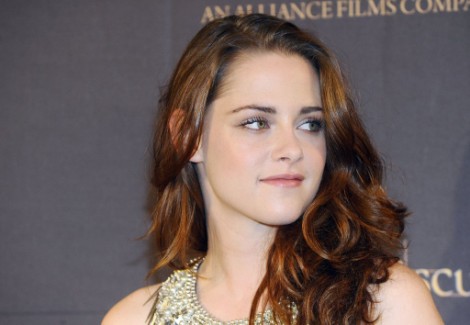 How long is it going to take for people to stop thinking Kristen Stewart’s a trampiric skank? A year? A couple years? How long until she can talk about her directors without everyone thinking about Rupert Sanders in the Mini Cooper? It is unfair? Of course it is! Like it or not, Kristen Stewart is a talented, in demand actress. Unfortunately for her she’s created a reputation and everything she says in an interview is scrutinized unmercifully. Case in point – Backstage magazine.

She’s talked before about her terrible audition process for Sean Penn for In the Wild but everything post-Rupert Sanders tends to be much more sordid for people.

“After I did a reading, we met again like a week later and I played a song for him. I botched it so badly, it was awful. I learned ‘Blackbird’ on guitar, but it was difficult to sing at the same time. It was very embarrassing, but he gave me the part anyway,” she told the magazine. “He said he wanted me to be in the movie he just didn’t know in what capacity yet. Then he called me and said, ‘Hey you want to do this thing?’ I was like, ‘Jesus Christ, are you kidding me?’”

I see nothing leading in this quote but some people have. Did Kristen Stewart sleep with Sean Penn? How the hell should I know? But she was practically a child when all that went down so the idea is gross and insulting. She should be able to talk about her job without people thinking she’s throwing up casting couch confessions. I actually loved her in On the Road. It was before I knew who she was and I gave her a shot in Twilight because she impressed me so much in her little role. Also, if you’re ever in doubt about Kristen Stewart’s talent then watch Speak. It’s based on the YA book and it’s awesome. I turned to it one night with no intention of finishing it and I sat through the whole thing. I’m not leading you astray. Trust. It’s good.

Kristen also discusses how the media has nasty a habit of taking her quotes out of context (What?? No one does that EVER!). “There’s been a couple of things recently where I just went…what the fuck? It always ends up being something that you kind of said but it’s changed so…I don’t even want to say ‘masterfully,’ because it doesn’t take an intelligent person to do this, it just takes a very conniving, manipulative capitalist motherfucker. The thing is, some people live on the battlefield and some people don’t. I just don’t live my life like that so I never anticipate those things. But you encounter people in your life that are about divide and conquer, and it’s crazy.”

I’ve got to give her credit there for not backing down. Kristen Stewart does herself no favors at times but she rarely apologizes. She could have hidden away forever after the scandal and got all Kate Middleton paranoid about her image but she didn’t. She licked her wounds and seemingly started right back up where she left off. I respect that and I like this interview. I can’t help myself but I just might be a fan.