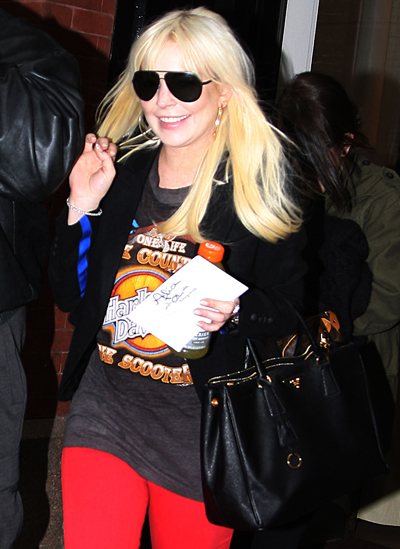 Upping the creepy factor of Torres’ allegations is his additional claim that Lindsay’s father, Michael Lohan, was sleeping upstairs while the two had intimate relations. (Um, gross?)

So, did Lindsay really stoop so far to sleep with someone so icky? Or is her life in such chaos that any weirdo think he can get away with making such statements? Related: Is Lindsay Lohan Desperate To Date Terry Richardson?