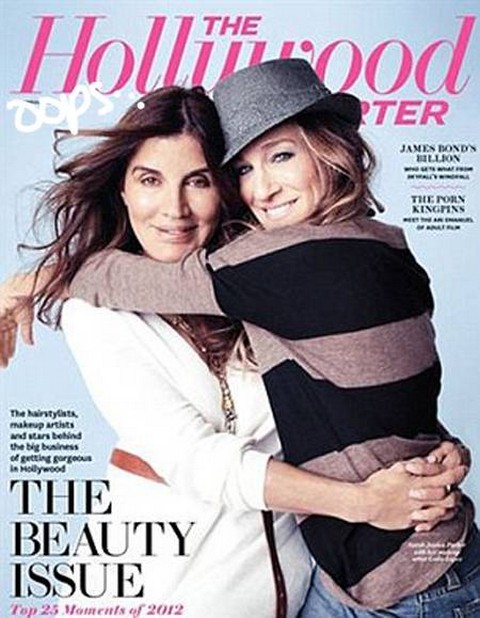 Leaving Norway and the Peace Prize Concert did not prove to be as simple as Sarah Jessica Parker hoped. Despite her perfectly curled hair and catching smile, the actress found herself one staff member short when boarding a United flight home earlier today. Her makeup artist, Leslie Lopez, was detained by police at the gate because she stole a pair of sunglasses.

TMZ reported that a source explained that taking the glasses out of the store was a mistake. She was charged a $1,400 fine, which she randomly had enough cash for to pay at the gate—hey, those tiny shot bottles are getting more and more expensive. Why would anyone fly with less than a grand in cash?

We understand that Leslie was allowed to board the plane, and reps for Sarah Jessica Parker are trilling to make the point: Leslie is not on SJP’s payroll. Which means nothing. Sarah Jessica took her to Norway to do her make up. Tell me they’re not affiliated. Technicalities aside, we’re wondering what was really going through Leslie’s head. She and SJP have worked together (on or off payroll, whatever SJP’s legal team wants to call it) since 2005.

Could Leslie have cracked under the stress of being in the shadow of a legend? Everyone seems to agree that SJP had no part in this scandal, except being the face to put the make up on. I think that Leslie was probably feeling the holiday stress and thought she could do a little shopping before her flight. We know SJP loves her couture and designer labels. Was Leslie looking for a quickie gift for her longtime employer?

Look at the facts. Leslie and SJP go to airport, are trying to board together. Who knows how long they waited to board—do celebs get fast pass through security? So Leslie grabs the glasses. Maybe she means to pay for them, hears her flight boarding, and runs for it, forgetting she’s holding them. Security is called and they work out a deal: she returns the sunglasses and pays the huge fine. Where did she get the cash? Sarah Jessica is standing right next to her, waiting to board. Why would SJP lend Leslie the money unless (1) she had a good reason or legit excuse or (2) Leslie and SJP are super close, and SJP couldn’t stand to see her go to Norwegian prison? Of course this is all speculation, but it’s a pretty bizarre chain of events! What do you think the real story is? 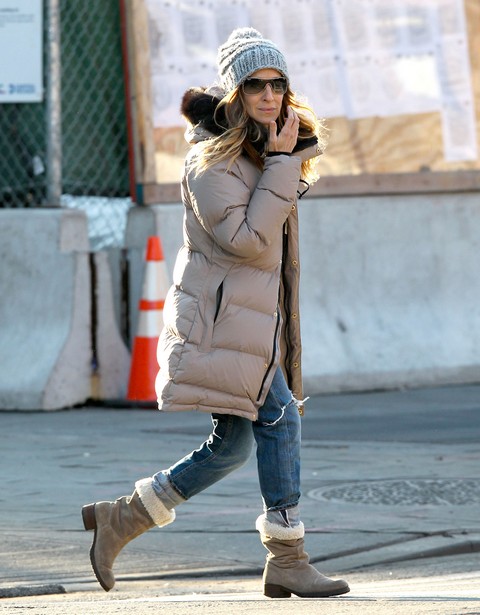