Does Rumer Willis Have A Secret Relationship With Ashton Kutcher? 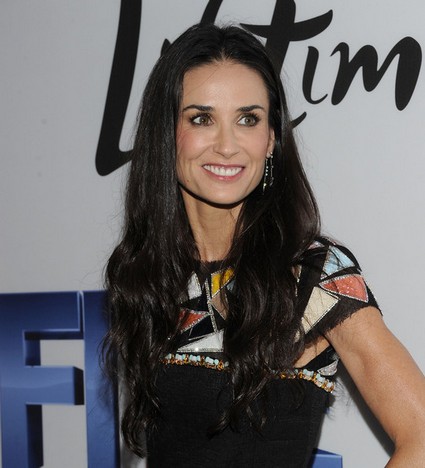 Poor Demi Moore who was released yesterday from the hospital after a reported seizure is having her share of problems the past few months.

Now we are hearing rumors that her daughter with Bruce Willis, Rumer Willis,23, may also be betraying her by carrying on a secret relationship with her estranged  cheating ex-husband Two and A Half Men star Ashton Kutcher.

From the National Enquirer Print Edition:  An insider revealed: “If Demi knew the extent of Rumer and Ashton’s contact, she’d be devastated.  It would be like getting kicked in the gut when she’s already down for the count”

The insider continued, ‘Rumer hates how Ashton treated her mom but she still loves him like family.  She’s maintained a phone and e-mail relationship with him, making sure to keep their contact a secret from her mom.  Since Demi refuses to take Ashton’s calls he gets his updates through Rumer.  But Demi would hit the roof if she knew how often Rumer and Ashton Talk’

Demi, 49 filed for divorce from Ashton, her husband of six years, in November, after he was accused of cheating on her.  This week following her hospitalisation, Demi’s spokesperson claimed the seizure was caused by stress and claimed she was being treated for exhaustion.  Sources claims the real reason for the hospitalization is an addiction to Adderall and redbull.

So there you have the story of Ashton and Rumer.  What do you think, is it appropriate for Rumer to still be communicating with her mother’s ex-husband?   After all he was her step-father for six years!   Sound out in the comments below!