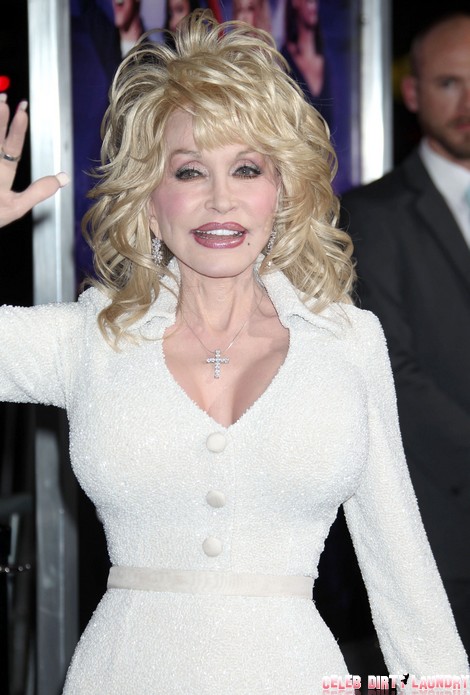 We will always love Dolly Parton. It’s a fact. She’s as part of popular culture as slush puppies and Talcum powder. She is the Queen of Country, the soulful balladeer with the fiery personality, and the Steel Magnolia that could never, ever be broken. According to a latest In Touch report, Parton is not planning to showcase her breasts and blazing personality on a reality television talent show anytime soon, except perhaps The Voice.

In the exclusive interview with Dolly, she revealed, “I’ve been asked to do American Idol and The X-Factor almost every time there’s a new season.” Why did she turn them down, though?  Her appearance on one of these reality television talent shows would have been an experience unlike any other. Her munchkin size and Oompa-Loompa attitude would have become a pop culture phenomenon. Any executive producer worth his/her salt should fight tooth and nail for this little person to join the judging panel.

However, it would never happen, as Dolly has her sights set on only one reality television show – NBC’s super successful The Voice. According to Dolly, the reason she wants to be on The Voice, “You don’t have to judge that much – and I hesitate to judge people.”

Simon Cowell would have a field day with this little creature on the panel, and Steven Tyler and his melted cohorts would have canoodled with her in their post-Cowell American Idol love fest. On The Voice, however, Dolly would fare, much, much better. It’s a reality television talent show without the talent and the reality, which makes it a perfect place for the Oompa-Loompa to continue living in La-La Land with Paula Abdul and Bruce Jenner. The Voice would be her playpen, and before long, the scorned faces of eliminated contestants will turn into smiling, sparkly reminders of Dolly Parton’s happy-clappy influence.  As long as she doesn’t do another Joyful Noise, all will be well in the land of milk and Botox.

What do you think? Do you think Dolly Parton should judge a reality show? Do you think she’ll fit well with The Voice’s format? Let us know your thoughts in the comments below.