Drew Barrymore Will Marry Before Baby Is Born 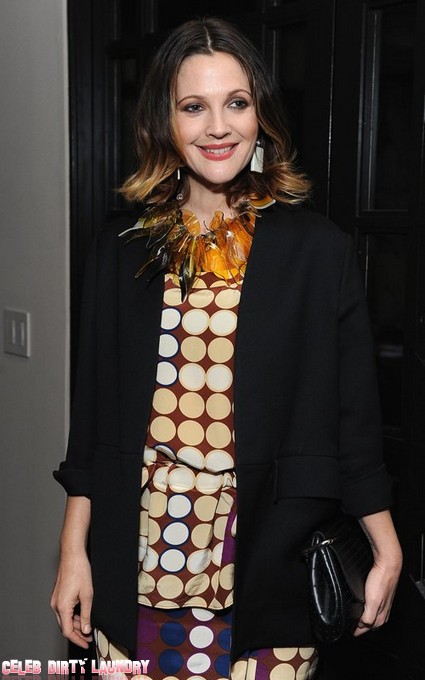 Drew Barrymore has had the most unconventional life you could imagine. She was a movie star at 7, doing cocaine at 13 and had completed a stint in rehab before most of us have graduated from high school. But she’s just an old fashioned girl at heart and is desperate to get a ring on her finger before giving birth later this year.

It’s been a busy few months for the child actor turned major movie star. Her boyfriend Will Kopelman popped the question in January. Celeb Dirty Laundry covered it here Drew Barrymore Is Engaged That was followed last month by pictures of the 37 year old leaving her doctor’s office with a sonogram. So now the clock is ticking to get the wedding sorted before the next generation Barrymore is born.

A friend has told Life & Style magazine ‘She wants to marry Will fast. Not just because she’s pregnant but because she loves him and wants to be married before the baby is born‘. The insider added ‘Drew’s checking out dresses that will fit her then‘.

This isn’t the former wild child’s first marriage. It will actually be wedding number three! In 1994 there was a quickie ceremony with a bar owner  called Jeremy Thomas. She filed for divorce a couple of months later. That was followed by another short foray into holy matrimony with comedian Tom Green. So the star of Never Been Kissed will be hoping third time’s a charm.

Meantime she’s keeping Mom on becoming a ….Mom. The actress still hasn’t officially announced her baby news. We could get a double announcement after the wedding!