Dynasty Reboot In The Works Due To Dallas’ Success 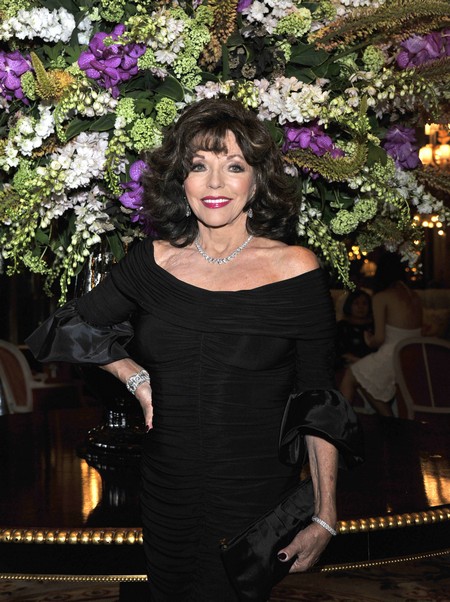 Have you tuned in to even a minute of TNT’s smash-hit Dallas? Old fans are reliving the warm and fuzzy feeling of J.R. Ewing and Sue Ellen together while new viewers are already hooked on the fast moving story-lines. The popularity of Dallas is leading to rampant talk that a Dynasty reboot or continuation is being discussed by television mogels.  Rumor has it that both Joan Collins and Linda Evans have met and had secret talks about reprising their roles in the 80’s classic.

“Joan and Linda are really excited about reviving Dynasty.  The show looks like a definite go as producers work out the details!” says an inside source.

The only bittersweet thought about bringing back Dynasty is that the famed fashion designer whose’ shoulder pads and sequins set the fashion tone, Nolan Miller, recently died after a battle with cancer.  Both Joan and Linda are said to be sad that Miller didn’t live long enough to see the shows rebirth.

I wonder what it is that is drawing people to these 80’s nighttime soaps.  Is it because many of the current viewers were old enough to even vaguely remember watching back in the 80’s?  Is it the fact that characters like these bring us back to our youth and it simply feels good to spend an hour there?

Would you want to see Alexis Carrington and the rest of Dynasty return to the small screen?  The pic above indicates that Joan certainly looks ready! Tell us why or why not in the comments below.