Why Victoria Principal Refuses To Appear On The New Dallas 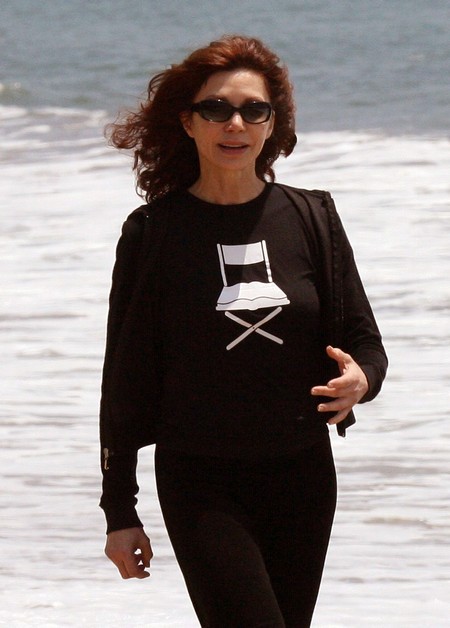 Victoria Principal was a key player in the rise to fame of the mega-hit TV show of 1980’s, ‘Dallas.’ Dallas became a regular phenomenon – it grew to become wildly popular and made the main characters in the show household names across America and around the world. Would we like to see Victoria Principal on Dallas again – maybe – but it isn’t going to happen!

Many of the original actors have returned to act in the remake of Dallas – which is turning out to be a super hit – but Victoria has staunchly refused to join them.  Larry Hagman, Linda Gray and Patrick Duffy all returned faithfully to the new series, and are as good as ever, but Victoria just said ‘no’ when they begged her to join them.

The real reason Victoria is not appearing on the red-hot TV remake is that she has become too rich and too important!  She thinks acting is beneath her now that she controls and huge business empire – perhaps she is also worried that an unforgiving camera will show the ravages of age.

GLOBE Print Edition, July 2, tells the inside story: The new Dallas TV drama has a mystery to rival the original show’s ‘Who Shot J.R?’  Everyone is asking where is Victoria Principal? The 62-year-old actress who played Pam Ewing on the classic 1980s primetime soap, is the only main character not making an appearance on the new TNT show despite being offered a huge payday by the producers. The GLOBE learned that the curvy tycoon who has built a mega-bucks business empire, including her line of beauty products, feels acting again would be a step down.

“She has no desire to get back in front of the camera because she’s dealing with her empire,” says former costar Patrick Duffy, who played her TV hubby Bobby Ewing. “She purposely wanted to divorce herself from the Pam Ewing connection so that her entire industry would not be ‘Victoria Principal/Pam Ewing’ products.”

Adds a friend, “it might be fine for the other for the other old cast members like Duffy, Larry Hagman and Linda Gray to revisit the past but Victoria thinks bringing the show back after 21 years is a trip down memory lane she doesn’t want any part of-no matter how much money they wave in her face.”

“She’s been pestered for months about coming on board and she just said, no way José”

Dallas ruled the airwaves for CBS from 1978 to 1991 and the rebooted show’s June 13 debut on TNT was a huge hit drawing 7 million viewers, making it the most-watched cable TV series of the year.

Good old Dallas -The dastardly deeds and corrupt immorality of J.R. Ewing, played impeccably by the brilliant Larry Hagman, led the way for a mostly excellent support cast to put on a thoroughly watchable TV show.  Looks like we’ll have to live without Victoria Principal as we enjoy the combination of nostalgia and good TV that the current series provides.  In fact, Victoria was in no way one of the best acting talents on the show – so her absence is no big deal in my opinion.

If you want to see our LIVE RECAP coverage of Dallas – it is available by clicking right here.