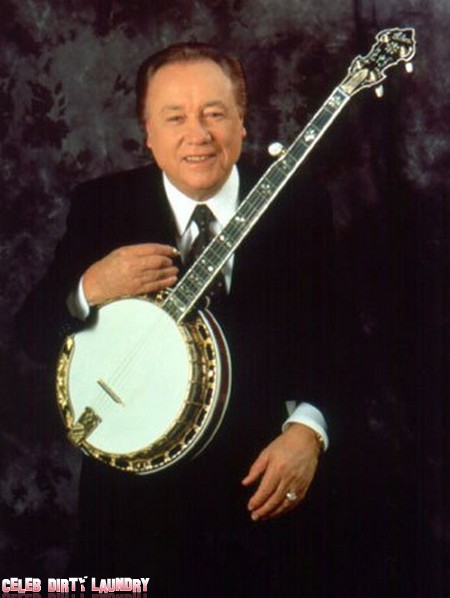 Earl Scruggs has passed away at the age of 88.  Scruggs was the man who popularized the three-finger banjo-picking style, now called the Scruggs style.  This style replaced the older and more traditional claw-hammer style of bango picking to be become the defining characteristic of bluegrass music.  Scruggs rose to prominence when he replaced David’ StringBean’ Akeman as banjo player for Earl Monroe’s band.

Scruggs’ finest years were when he and singer/guitar player Lester Flatt (died 1979) teamed up as ‘The Foggy Mountain Boys.’  During this period Scruggs was responsible making the banjo an instrument with broad popularity.   Together with Jerry Scroggins, the duo recorded the amazingly popular theme song to ‘The Beverly Hillbillies’ – ‘The Ballad of Jed Clampett.’

E! Reports: “Earl Scruggs, the most important banjo player who ever lived, has passed on,” Steve Martin tweeted after news broke that Scruggs had died Wednesday morning of natural causes. He was 88.

The North Carolina native released at least 29 live and studio albums over the years. And whether or not you know it, you almost certainly are familiar with his most widely heard composition.

Scruggs wrote the music and recorded “The Ballad of Jed Clampett,” aka The Beverly Hillbillies theme song, with Lester Flatt and singer Jerry Scoggins.

Scruggs won his first Grammy in 1969 for the instrumental “Foggy Mountain Breakdown” and followed up with his second in 2002 for yet another recording of the song—featuring Martin on second banjo, Paul Shaffer, Leon Russell, Vince Gill, Albert Lee and Marty Stuart—for 2001’s Earl Scruggs and Friends.

He received a Lifetime Achievement Grammy in 2008.

“I just got the word that my friend Earl Scruggs has passed away,” tweeted Charlie Daniels. “He meant a lot to me. Nobody will ever play a 5 string banjo like Earl.”

“We are saddened to hear that the great Earl Scruggs has passed,” tweeted bluegrass duo Dailey & Vincent. “Earl was a huge inspiration to us and to the millions who loved him. Bluegrass music has suffered a terrible loss today, as well as the entire music industry. His family is in our prayers.”

“The man who made this sound, Rest in Peace Earl Scruggs. The angel band is flying tonight,” offered Asheville, N.C., bluegrass group the Steep Canyon Rangers.