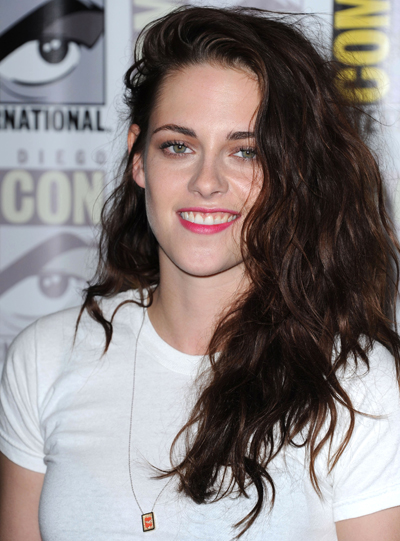 Kristen Stewart may have issued a public mea culpa to Robert Pattinson for cheating on him, but it seems that, behind the scenes, the 22-year-old isn’t too worried that her longtime boyfriend and Twilight co-star is going to dump her.

According to RadarOnline, although Kristen was photographed sucking face with her Snow White and the Huntsman director Rupert Sanders, 41, only a week ago, she is “very confident” that Robert will forgive her.

“Kristen is pulling out all the stops with Rob, completely apologizing and trying to make things right with him, but she is very confident that she is going to win his trust back,” said a source to the gossip website.

Could it be that RPatz, who, last we heard, was going on a diet, suffers from very low self-esteem? Or is Kristen so egotistical that she thinks that he won’t care that he reportedly first found out about her affair through his publicist?

“Kristen is doing everything in her power to keep Rob from breaking up with her,” the source added. “She knows how much he loves her and she really believes that she is going to keep him from dumping her.“

To make things even more awkward, Kristen’s would-be lover has reportedly signed on to direct the sequel to Snow White and the Huntsman, which means he and Kristen will likely be working together on another film. So it’s not like Kristen could promise Rob that she will never see Rupert again.

Readers, what do you think? Will Robert definitely take Kristen back?