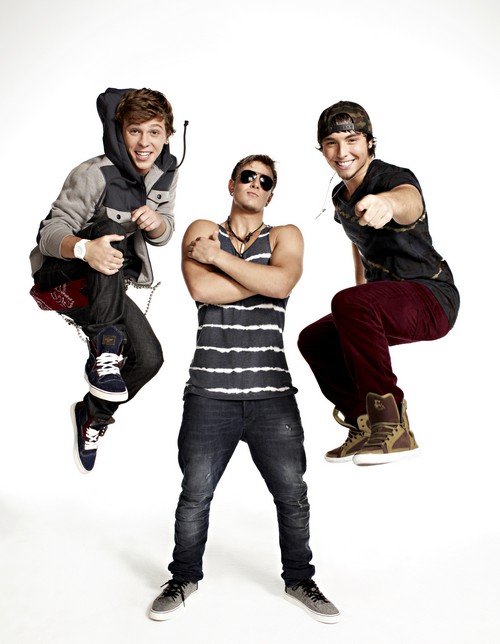 Emblem3 took the stage tonight on THE X FACTOR USA for their Top 6 video performance.  Emblem3 sang “Just The Way You Are” by Bruno Mars for their unplugged song.  Tonight’s show the top 6 performed live in front of coaches Simon Cowell, Britney Spears, Demi Lovato and AJ Reid for America’s vote and to make it another week.

Judges comments: LA thinks it’s pretty good and Britney believes it’s their best performance. Demi is still not a fan. She feels like they are a downgraded version of the Jonas Brothers 5 years ago! She’s SO right!

Their harmonies are actually pretty decent but when they sing alone it gets a bit scary.  Vote for Emblem3 at 1-855-THE-XF-02