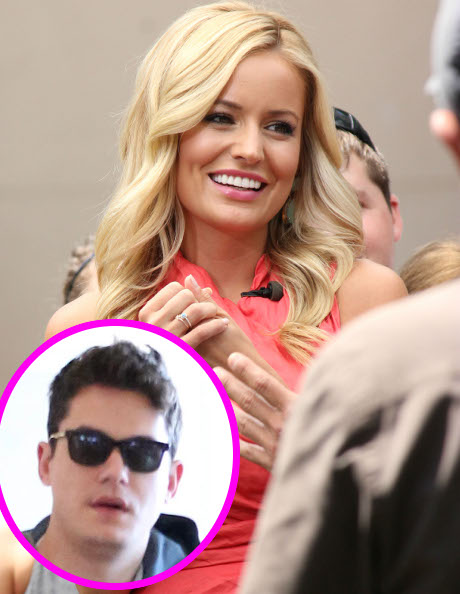 Former Bachelorette Emily Maynard and John Mayer have been texting back and forth, and who knows what those text messages contain — probably a bit of Jon Mayer flirty-foolery, that’s what. John Mayer has gone on the record before and stated that he’s an avid fan of the Bachelorette, going so far to say that it’s one of his guilty pleasures. But, apparently, the singer — who is “supposed” to be in a relationship with pop singer Katy Perry — has another guilty pleasure: Emily.

John Mayer, Hollywood’s female version of Taylor Swift, has a history of cheating and doing extreme flirting with other girls — even while he’s supposed to be in a committed relationship. So would we put it passed him to cheat with a beautiful Bachelorette, who is in a vulnerable state right now as she sits bored and alone in her North Carolina home? I wouldn’t. But all I gotta say . . . . Katy Perry is gonna be one pissed off girlfriend. She took John home to her parents house for Christmas, and I’m certain she isn’t going to be thrilled with John texting Emily.

Life & Style exclusively breaks the story in their newest issue. “I’m shocked he’d be talking to Emily, but she is gorgeous,” a source for the magazine says. “I don’t know how she does it, but she’s got all of these guys chasing after her.”

Emily isn’t a stranger to texting — and ruining relationships in the process. After all, it was some flirtacious texting that ultimately caused her relationship to crumble with her now ex-fiance, Jef Holm. The insider for the magazine says she’s bored out of her mind, so she just chills at home on the couch trying to ruin other mens’ relationships!

Yikes! This situation could turn ugly real quick, and I can’t wait to hear Katy Perry’s reaction to this little ordeal. Let us know in the comments section below what you think about Emily texting John — and John texting her back! We’ve got another love triangle in the works, folks. Also, I have to comment on the similarity between John and Emily’s last name. Suspicious. Perhaps they’re destined for each other.