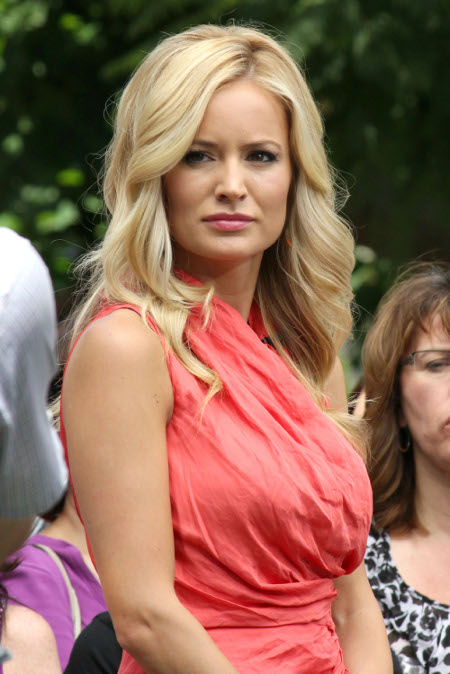 Yesterday, US Weekly revealed a scandalous cover that suggested The Bachelorette star Emily Maynard had cheated on Jef Holm. Hardcore fans of the popular reality show were up in arms and, long story short, didn’t believe the story for a second, claiming that the couple is happy as ever. Well, today, the brother of Jef Holm is speaking out, and he’s saying that it did happen, that Emily Maynard is definitely a cheater.

Mike Holm, Jef Holm’s brother, read the story and told US Weekly that the story is in fact true. “I can tell you that it’s all 100% true. I was there and I heard the fight and watched the whole thing go down, Emily leaving and everything. I love my brother very much and, like the rest of our family, I just want him to be happy.”

However, despite these confirmations, the couple has been seen strolling out and about, holding hands, and walking side-by-side with smiles on their faces. They certainly don’t look like a couple that’s been shaken by a cheating scandal, which this is just a little baby one compared to the behemoth scandal Kristen Stewart faced.

Despite Maynard’s alleged infidelity, Mike hopes the two will stay together for ever. “We all love Emily, too,” he explained. “Mistakes happen, we all get that. I hope they can work it all out.” Just recently Mike took to twitter and tweeted the following: “It’s crazy what people will do, even family members, to see their name in a magazine.”

So, is Jef covering up for his cheating girl? Or is Jef’s brother just one awful family member? You tell us!