Emily Maynard Desperate to Be Famous 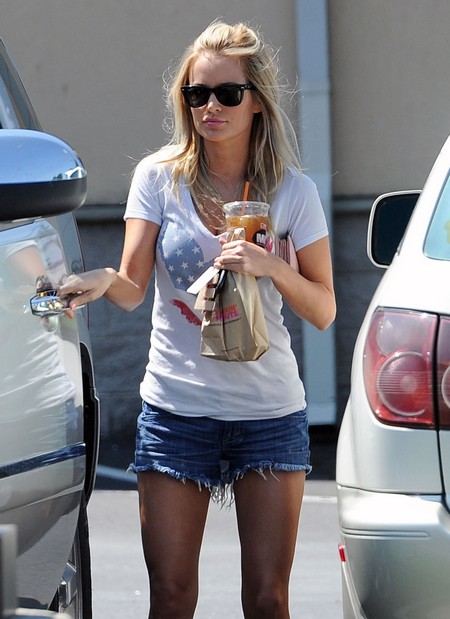 The Bachelorette Emily Maynard is a southern girl, the type you take home to your grandma at Christmas, while she mingles with the family and plays catch with your gay nephew. Radaronline.com has exclusively learned that people think she’s let her newfound fame, “go to her head”.

The single mother has a daughter by the late NASCAR driver Ricky Hendrick. A source who was a friend of Emily, told Radaronline.com, “Emily has let her fame go to her head. She is exploiting herself and her family for fame. Emily’s tragic story of her fiancé getting killed in the crash doesn’t exactly ring true for those close to her. She was Ricky’s girlfriend, but I was not aware of a proposal or an engagement. It seems like the rest of America is buying into her Hollywood story.”

Is Emily a lying cheat-face, or is she just caught up in the attention which is akin to a Kardashian dating Tom Cruise?

The source adds, “She is just trying to be famous and by making the choice to go on that show she isn’t respecting Ricky or his family. None of Ricky’s family or friends have been on the show.  All of his friends are famous race car drivers and the producers wanted Emily to have some of his friends on the show but they refused because they didn’t want to associate with her.

Allegedly, none of Emily’s “friends” from the NASCAR community want anything to do with her and they are judging her lifestyle choices. It looks to us like Emily will become Forever Alone Girl if she continues to alienate the people who are most important in her life.

Shame on you Emily Maynard, for forgetting where you came from!

What do you think readers? Is Emily Maynard’s ego pushing the people most important away from her? Is fame going to her head? Let us know in the comments below.