Emily Maynard’s Regrets After The Men Tell All 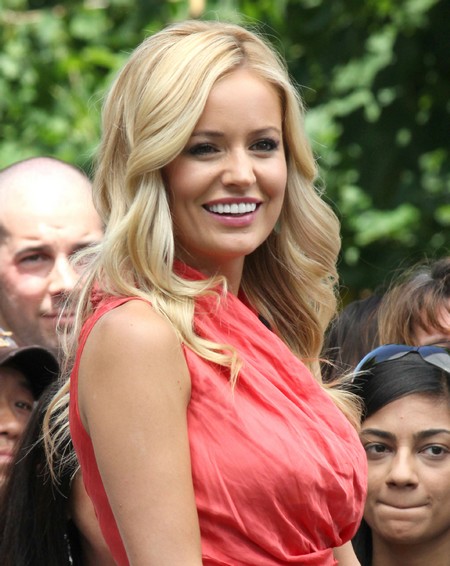 If you’re a The Bachelorette fan then you probably watched The Men Tell All last night which reunited Emily Maynard with all of her potential suitors, one last time. I think everyone wondered how things would go when she was faced with talking to Sean Lowe again. He made it to the final three and the twosome definitely had real chemistry and a real connection.   Says Emily in her blog over at People magazine:

“The hardest to see was definitely Sean, because didn’t feel like we had that much closure, and it was really important to me that he knew that everything I felt was 100 percent real for me.  I am so happy that Sean is in a great place now and looks back on our time together fondly. I feel the same.”

What about Kalon McMahon, the arrogant sometimes model that made the mistake of referring to Emily’s daughter, Ricki, as baggage?  Emily says she was waiting for and open to accepting an apology at any time.  That just wasn’t ever going to happen.

“days before the Men Tell All some people forwarded me a picture he posted on the Internet of a baggage claim and how he thought he’d see me there. His next post said, “Sorry I’m not sorry.”  He made it pretty clear he wasn’t sorry, so I wasn’t going to sit there and let him think he was tricking me into thinking he was a nice guy. People like Kalon make me sad and I’m just glad I never have to waste another second thinking about him!

So, it’s down to the finale which airs on Sunday night.  Jef Holm and Arie Luyendyk Jr. are the last men standing but do you think someone else should be there instead? Should Emily have stuck with Sean or one of the other guys?  The Bachelorette winners very rarely survive an engagement let alone get married.  Do you think that Emily Maynard will be one of the few lucky ones to find love on this show?  Tell us your thoughts in the comments below!