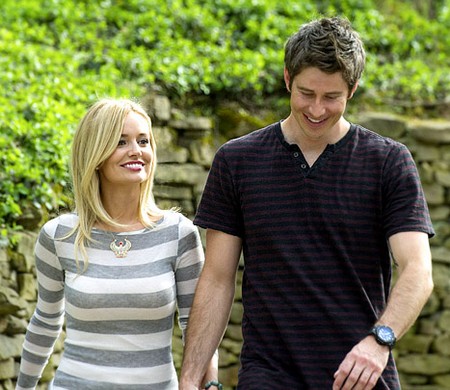 Things have gone awry in a shocking turn of events for The Bachelorette Emily Maynard. Dumped by finalist Arie Luyendyk Jr. after the stud got cold feet during his final date, Emily was reportedly crushed. Despite all the hype and rumors to the contrary, an ABC inside source has implied that Emily’s first choice was NOT Jef Holm! In fact handsome hunk Arie Luyendyk Jr. was the man Emily wanted to marry – Arie was her first choice despite being warned off of him by his ex, Cassie Harshman.

So this is how it ends for Emily Maynard.  Rejected by the man she loved most, Emily had no choice but to choose the one remaining finalist – the one who would have her – Jef Holm.  The ABC insider told In Touch Print Edition, July 23rd the story and although In Touch wouldn’t reveal the name of the finalist who rejected Emily, we can tell you that it was Arie.   The ABC insider implied that Jef ‘won by default,’ after ‘Emily got dumped.’

The source ‘reveals that the man who captured Emily’s heart rejected her at the penultimate hour.’ According to the snitch, while Emily was enjoying her final date with race car driver Arie Luyendyk Jr. he wised up and got a bad case of cold feet.  The insider claims:  “He said, ‘I don’t think we know each other nearly enough to even be entertaining this; I don’t think we should get engaged.’”

Emily was devastated says the source: ‘She was crying and begging him to reconsider.’  The insider says she even blurted out ‘you’re the one I want to pick!’  Nevertheless In Touch claims that ‘despite this bombshell revelation, and her tearful pleas, Emily’s dream man walked off the show-and out of her life.’

So there you have it.  Emily winds up with Jef Holm, not because he was her first pick but because he was the only finalist who would have her!  Emily, being all about fame and developing her TV career, of course went along with charade and picked Jef.  We hear that they are engaged and planning a big TV wedding for this Autumn.   Nothing like true love…