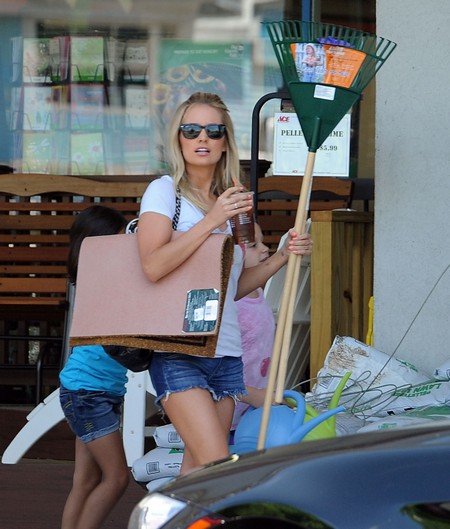 We are all so happy that Emily Maynard has finally found love again on this season’s The Bachelorette that we sometimes forget that the single mother is looking for a husband. Someone with whom she wants to spend the rest of her life, have children with – preferably twins – and help raise her daughter, Ricki. So what better way to find one’s life partner than by participating on a heavily scripted Reality show on network TV? What’s that you say – you’d rather meet your man on the subway or in a singles bar? Well you are just being nasty. True love really IS what The Bachelorette is all about, regardless of your cynicism.

We already know that Emily was warned off of Arie Luyendyk Jr. by his ex, Cassie Harshman and chose Jef Holm as The Bachelorette winner.  But what happened next?  Once Arie was kicked to the curb and Jef given the go-ahead, two questions remained: Would Jef propose marriage? And if he did, would Emily say ‘yes?’  You might think the answers to these questions are obvious – and you’d be right!

Emily Maynard lifted her hand to brush away a lock of hair that the ocean breeze had blown across her face.  It was after midnight on May 12, the air was warm and filled with the scent of orchids and lilies as the Bachelorette stood nervously in the courtyard of the Kura Hurlanda resort on the stunning Caribbean island of Curacao. As her final Bachelor walked across the resort’s village square, which had taken several hours to transform for the proposal, Emily took a deep breath and her face lit up in a smile.

Her relief came after days of agonizing over her difficult decision. Life & Style can reveal that the single mom, who admitted she’d fallen in love with more than one man, arrange for both Jef Holm, 27, and Arie Luyendyk Jr., 30, to meet her family at a private estate two days before the final rose ceremony-which ABC will air on July 22.

“The pressure is really on the guys,” says an insider, “because Emily was also choosing a potential father for daughter, Ricki.”

Then after choosing rings from jeweler Neil Lane, the rivals for Emily’s love spent the day before the rose ceremony rehearsing what they’d say after they each walked through the sky-blue gate that led to the cobblestone courtyard where Emily stood waiting.

And when the Bachelorette 2012 made her final choice, the elated winner took her hands in his, dropped to one knee and whispered, “Will you marry me?”

There you have it folks.  Now Emily and the network are frantically preparing her wedding show for this autumn’s TV season.  Emily wants to be a big star and that is one reason she has had so much plastic surgery.   Emily is hoping her career as a celeb will really ramp up after this season’s The Bachelorette ends –  and what better way than to have a TV wedding?  Look how well that worked out for Kim Kardashian.