Eminem Comes To The Rescue Of 50 Cent 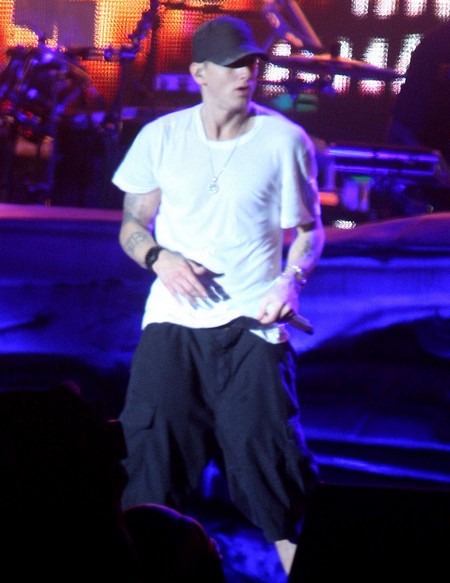 Eminem came to the rescue of 50 Cent who has been stuck in the hospital for all of this week – he was admitted for a mysterious illness in his intestines.  In fact he may face still emergency surgery.

50 Cent is starting to get better, the tubes within his hands have been removed and he’s no longer wearing the white hospital gown.

50 tweeted, “I’m feeling better today I think I’m gonna get out of the hospital soon.” Also tweeting, “EMINEM called me last night I love him that’s my boy.”

50 cent also has confirmed for fans that just because sick in the hospital, it won’t delay the release of his new mixtape “The lost Tape”, “I’m in the hospital buy my gangsta grillz Lost Tape is done so it will be out on time.”

I’m glad to know that 50 is doing much better now and it’s cool seeing how it didn’t faze him at all, it seems that he didn’t make a big deal over the matter. Plus there’s nothing like a call from a good friend when you’re feeling like shit, it’s always a great boost in your well being.  Personally when thinking about the two I think it’d be cool if they did a song together, kind of like the old times. Also because Eminem brings out the most in other rappers capabilities when he’s on a song with them, it’d be nice to have the nostalgic feel.