Erin Brady Ready To Sleep Around If Steven Tyler Cheats 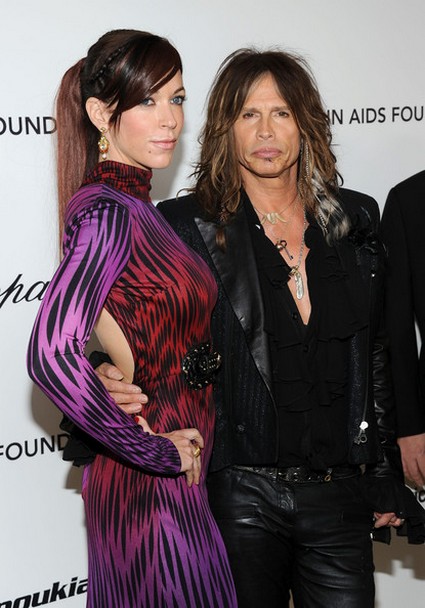 Steven Tyler‘s fiancee, Erin Brady, has issued advance warning that she will be unfaithful and start sleeping around if he ever cheats on her with another woman. With Steven’s history of womanizing it’s a miracle that Erin it still with him.

Steven has a storied wild past full of drugs and groupies – but Erin has been with him for seven years and is now agreeing to get married – so things can’t be that bad. According to Erin she insisted right off the bat when they first got together that she wouldn’t tolerate bad behaviour.

Erin said: “I just said, ‘Hey listen, if you play, I’m gonna play.’ He didn’t really like it when he was on the other side of that scenario.”

Steven admits that although he would like to “screw” every woman he meets, he refrains from doing so in order to protect his relationship with Erin.

Steven said: “I may come off as a sexual animal, and I definitely am on stage, because trust me, I feel it myself. But I’m not really, really that. I’ll sing about it, I put it out there but I’m not. I’d like to go on a schtupping spree and screw every girl I see, that would want to have me, who wouldn’t? But I don’t. I want (Erin) for my own, and if that’s gonna take that away from it, I don’t do it.”

Looking the pics we posted in out story about Steven yesterday, it is hard to believe that any woman would go near the ‘abused sponge.’ Of course if you are as rich and famous as Mr. Tyler there will always be gold-diggers waiting for you – just ask Hugh Hefner.