Ernest Borgnine Passes Away at 95 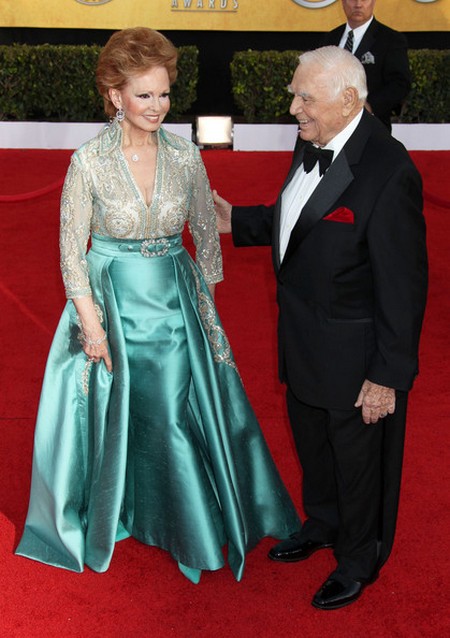 Legendary actor, Ernest Borgnine passed away today at the age of 95. Ernest’s career spanned more than six decades. He won an Academy Award for the 1955 film Marty.  He was best know for playing Quinton McHale in the 1962–66 series McHale’s Navy.

His big break came in From Here to Eternity, playing the cruel Sergeant “Fatso” Judson in charge of the stockade, who taunts fellow soldier Angelo Maggio (played by Frank Sinatra).   Ernest built a reputation as a dependable character actor and appeared in early film roles as villains, including movies like Johnny Guitar, Vera Cruz and Bad Day at Black Rock.

His longtime spokesman, Harry Flynn, told The Associated Press that Ernest died at Cedars-Sinai Medical Center with his family by his side.

Ernest was married five times – his last marriage was to Tova Traesnaes in 1974.   He had four children, daughter Nancee, Sharon and Diana and son Christopher.   His wife and children were at his side at the time of his death.

Borgnine joined the United States Navy in 1935, after graduation from James Hillhouse High School in New Haven, Connecticut. He was discharged in 1941, but re-enlisted when the United States entered World War II and served until 1945 (a total of ten years), reaching the rank of Gunner’s Mate 1st Class.