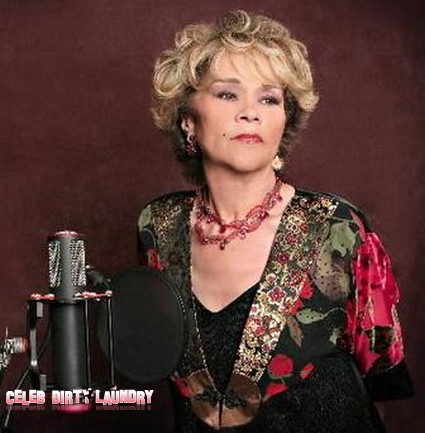 Etta James has passed away at a hospital in Riverside, California, according to her manager.  Etta suffered from leukemia, dementia, and hepatitis C and has been in desperately poor health for years.

She faced some serious personal problems including drug addiction and then made a musical resurgence in the late 1980s with the album, ‘The Seven Year Itch.’ James encountered a string of legal problems during the early 1970s due to her heroin addiction. She was continuously in and out of rehabilitation centers, including the Tarzana Rehabilitation Center, in Los Angeles, California. Her husband Artis Mills, whom she married in 1969, accepted responsibility when they were both arrested for heroin possession and served a 10-year prison sentence. He was released from prison in 1982 and is still married to James.

Etta was born Jamesetta Hawkins on January 25, 1938 in Los Angeles to Dorothy Hawkins, who was only fourteen at the time. Her father has never been identified but was rumored to be possibly white. James speculated that her father was the pool player, Rudolf “Minnesota Fats” Wanderone.