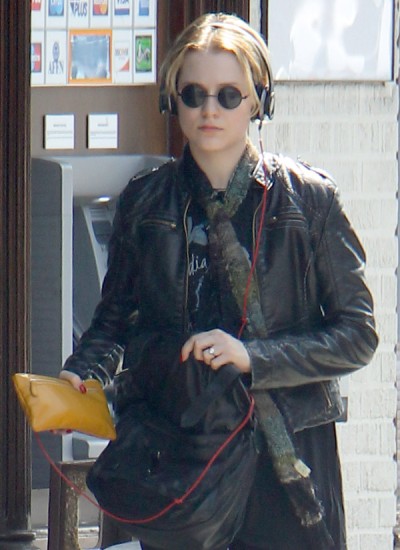 Miley Cyrus fans lashed out at Evan Rachel Wood and forced her to explain herself after she tweeted she got some lesbian vibes from Miley’s new drastic haircut. After Miley flashed her millionth twitpic of her platinum pixie cut Evan wrote, “I called it! Miley cyrus is leaning toward gay”.

Well, Miley’s fans weren’t too happy about that and, according to Gossip Cop, strong-armed Evan into deleting the post and clarifying, which she naturally did. Last night she wrote, “Ok. To be clear. I believe you should be able to joke and have a sense of humour about everything. And I hate explaining, but just to be clear, I don’t judge people on how they look. Nor do I associate a hair style with sexuality. I myself am bisexual and have always ‘joked’ about Miley giving me gay vibes. Not a bad thing! Just an observation. So I ‘joked’ when she cut her hair that it supported my case. But, I am not so close minded or into stereotypes or labeling. It was a joke. I could (not) care less what gender she was attracted to. But don’t hate me for supporting her in whatever she chooses. It’s all fine by me.”

Nice come back Evan. Miley Cyrus, never one to back down from controversy or attention (especially when it comes to her appearance), responded with, “well said!” and “Let’s be friends.”

I’ve been on the wrong side of Miley’s fans before. That is not a happy place to be. Best Evan responded quickly and got the hell out of there. I’m sure she was only joking. And now they’re friends on twitter. The world makes sense yet again!

It just goes to show… don’t cross Miley! But seriously, this has less to do with sexuality and much more to do with “B-tch stole my look!” Evan’s been rocking the short hair for awhile now and getting raves for it. I think she just didn’t like Miley creeping in on her turf.

The Miley wanting to be friends thing tickles me too. If Ashley Greene or Lindsay Lohan made this comment do you think Miley would be so forgiving? The shady biotch in me thinks no. Evan’s popular and successful so she got off easy and Miley pulled her minions away. Evan is one lucky girl because even being friends with George Clooney and Ryan Gosling won’t placate a Miley fan who feels you did her star wrong!

What do you think of Evan’s comments? Did Miley’s fans have a reason to go for blood? Do you think she backpedaled well enough to calm them all down? 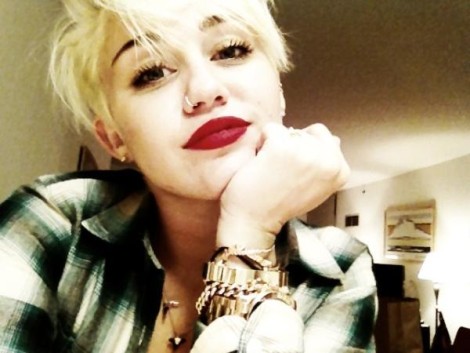