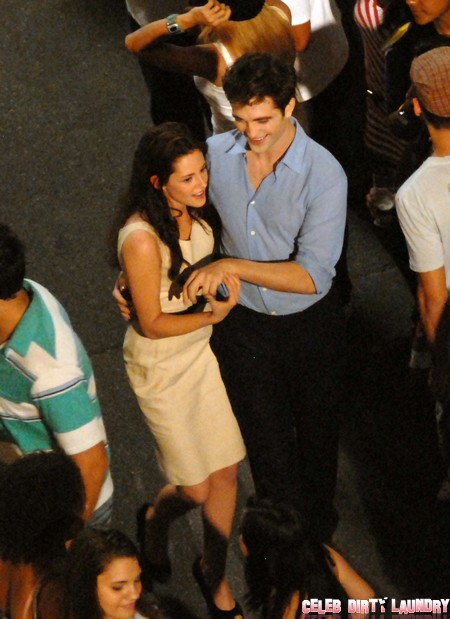 Is there anything better than going out for drinks and having a good time with a bunch of your friends? I didn’t think so, and it seems as if Robert Pattinson feels the same way as the rest of us in this world.

According to Life & Style Magazine a few lucky eye witnesses in Silver Lake, California at the Thirsty Crow bar got to see first hand how an A-List celebrity hangs out with his friends. Pattinson must have been celebrating his newfound status as no longer a single guy since he recently reconciled with Kristen Stewart.

“He came in around midnight with two guys,” the eyewitness tells Life & Style. “He sat in one of the back booths for most of the evening laughing with his friends and smoking an electronic cigarette. He looked healthy and was in good spirits the entire time. He drank Amstel Lights and at one point even did a shot of whiskey with the bartenders!” the eyewitness adds. “They stayed until the bar closed. They were one of the last groups of people to leave. He was a delight and very gracious guest.”

It’s nice that Pattinson is out hiding and hanging out with friends. Also, it doesn’t hurt that we’ve hear good stories about him, not being a tool to his fans and not using his celebrity status to get extra perks from his fame. No wonder the people of Glamour UK named him Sexiest Man for the fourth year in a row.

Everybody needs time to just hang out and unwind, regardless of whether or not there girlfriend cheated on them. Pattinson probably needs a good chill out day anyway, Twilight promotions will be hitting him soon and he won’t be able to do anything for awhile during that time.