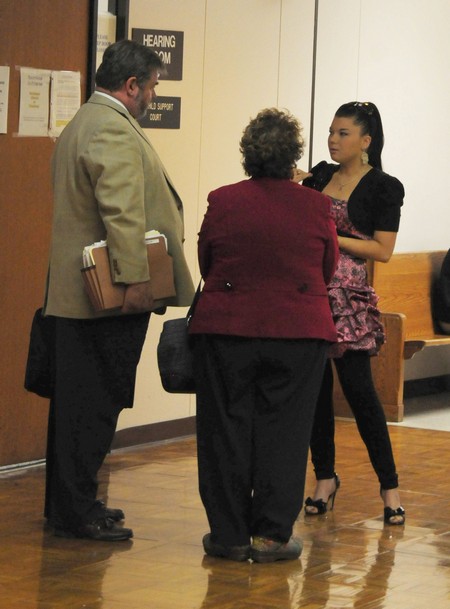 Amber Portwood was released from jail but the Teen Mom face 5 years hard time in prison if she screws up again. Some people get a million and one chances to get things right and Amber Portwood is definitely one of them.

Last Thursday, the troubled MTV star was thrown in jail by a Madison County, Indiana judge for lying about why she couldn’t take a court-ordered drug test.  At the time she claimed to be resting under doctor’s orders after gall bladder surgery.  The court checked with the specialist Portwood had cited and of course, the whole story was a lie.

“Teen Mom” star Amber Portwood has been released from jail — again — after a judge gave her a 10 millionth chance.

As we reported, Amber was arrested andthrown in the slammerin Madison County, Indiana last week for skipping a drug court appointment — and allegedly lying about it.

But sources tell TMZ, the judge took pity on her Thursday — and decided to release her back to home detention.

The judge told Amber he wants her to continue drug rehab treatment and find a real job.

But if Amber screws up again, she could be thrown out of the drug court program entirely — at which point she’ll face her original prison sentence stemming from her December drug arrest … a terrifying 5 years behind bars.

Portwood is another reality TV train wreck that never seems to learn her lesson.  Despite getting caught she also still seems to hold onto the notion that she won’t get caught the next time.  Do you think she’ll pull herself together this time or will she be heading back to court sooner rather than later?  Remember that Amber faces 5 years in jail if she screws up…