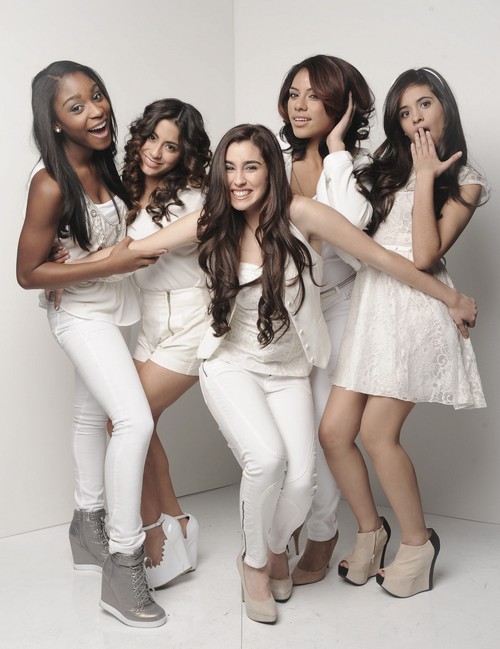 Fifth Harmony took the stage tonight on THE X FACTOR USA for their Top 6 video performance.  Fifth Harmony sang “Give Your Heart a Break” ” by Demi Lovato for their Pepsi Challenge song.  Tonight’s show the top 6 performed live in front of coaches Simon Cowell, Britney Spears, Demi Lovato and AJ Reid for America’s vote and to make it another week.

Fifth Harmony is up next and America wants them to sing Demi Lovato’s Give Your Heart a Break. They actually sound better than usual but I think they’re still pretty boring. Vote for Fifth Harmony at at 1-855-THE-XF-10