BY Renier Palland on September 6, 2012 | Comments: one comment
Related : Kate Middleton, The Royals 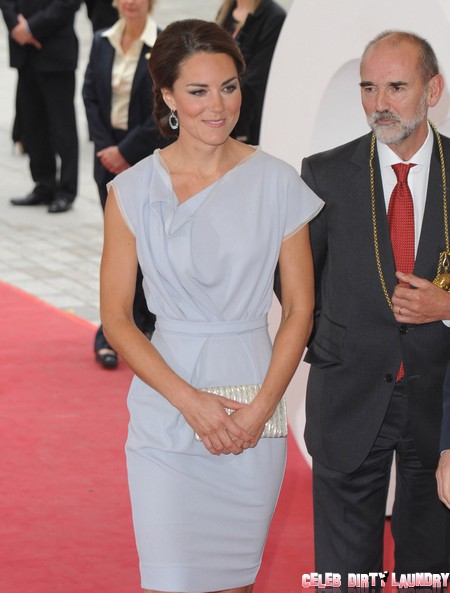 Is it finally that important moment we have been waiting for since the dawn of Oreos? Could it finally be happening? Well, according to a latest report released in Star Magazine, Prince William and Duchess Kate Middleton could be expecting their first pink-foot together! Oh joy, why don’t you break out the tea and biscuits my dear Mildred?

According to a source at Star Magazine, “Friends say Kate is convinced it’s happened, and while she and William are keeping the news close to the vest, they’re delirious with joy. A woman can always tell when the earliest signs appear, and it’s believe[d] that a passionate night together at their rented country house on an estate in Wales, just after the end of the London Olympics, did the trick.” Here we were thinking the London Olympics were meant for fame, Bruce Jenner and gold medals – not babies.

William and Kate looked extremely glowing while they were canoodling at the Olympics, but now it seems that they might have conceived a baby during their second honeymoon. The source adds, “William sits in a very open position. Both she and her Prince have genuine smiles as they gaze at each other. Even after a year, it appears the honeymoon is still on.”

According to this report, the announcement is being delayed, “It would be formally through the palace press office, but only after the royal gynecologist is absolutely convinced that Kate is in peak condition.” Uh, we think this gynecologist was too cool for school back in the day, like Mildred, the leaking Botox weapon of mass destruction. In other news, there are rumours that the potential daughter could be named Diana, in honour of William’s late mother, Princess Diana. Oh what a beautiful fairy tale!

Mildred? Mildred? Why does my biscuit taste like silicone?

Let us know in the comments below if you think Kate Middleton is pregnant.