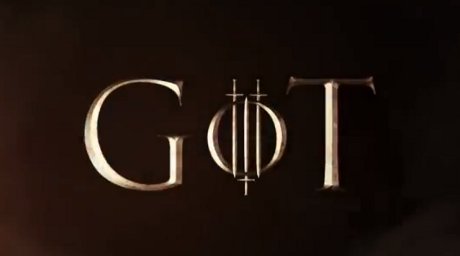 Game of Thrones, HBO’s hit fantasy series, has gained a massive following, and it would be rude of us to ignore the show simply because it’s gone on break. Because we know you miss your beloved GoT. Well, it’s not going to be here for a while, and we’re very sorry about that, folks, but what we can do is share with you the newest trailer for Game of Thrones season 3, which was recently released. We know you want the season to start up now — right now! — but even we can’t work that kind of magic.

The trailer, if you can even call it that, only lasts about fifteen seconds. C’mon, HBO, give us a little more than that! This trailer has undoubtedly gotten people’s pants all fired up, and for good reason. The mysterious narrator says, “The great war is between life and death, ice and fire; if we lose, the night will never end.” Yikes! What a foreboding speech that leaves me both extremely impressed and unimpressed at the same time.

The trailer, which doesn’t do a whole lot of “trailering,” doesn’t really do much of anything and, if you want my opinion, is kind of a waste of internet space. But it does raise some questions, and I suppose the impending doom/bitter warning of an everlasting night might worry some of your lil’ socks off. Essentially, the trailer is just a brief clip to announce the official air date of the season 3 premiere.

But they could’ve at least given us a clip of some bad ass sword slinging, or even a completely worthless pic of some random people, but instead we just get a black screen with a giant “GoT” floating across the center. What do you think about this teaser clip? Watch it below. Do you consider yourself officially teased? Game of Thrones Season 3 premieres on 3/31/13. Be there. Or don’t. I don’t care right now. That’s a long ways away.