Forced Out Of Hiding Casey Anthony in Trouble Again 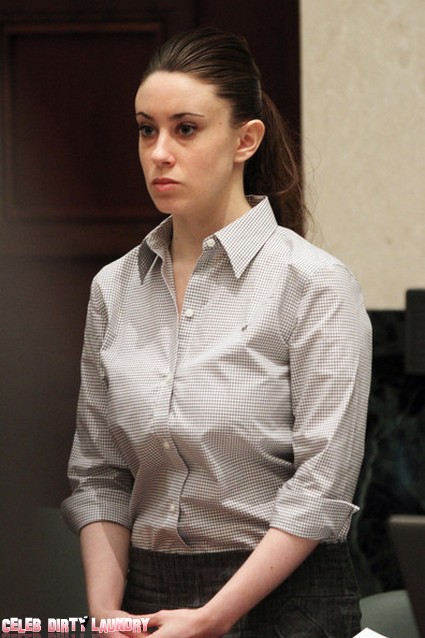 I get the feeling that murder mom, Casey Anthony, is one of those people that will spend the rest of her life in and out of courtrooms, don’t you think?  After ten months in hiding Anthony was found by investigators who had spent several days staking out her secluded Florida residence.  Why is Casey Anthony in trouble this time?

Well, remember when her daughter Caylee Anthony was supposedly taken by a babysitter- or so Anthony initially claimed – back in 2008?  Well, no such sitter existed but a woman with the exact same name mentioned by Anthony is now suing her for defamation.

Zenaida Gonzalez didn’t appreciate her name being involved in such a horrible, high-profile case and she wants Anthony held accountable for the trouble it has caused her.

“Our investigation team had her whereabouts pinned down,” Matt Morgan, Gonzalez’s attorney, told media. “Their backs were against the wall, so her attorneys said that they would accept service on her behalf.”

While the legally exonerated but obviously guilty murder mom has been in hiding, Gonzalez’s defamation case has wound its way through the judicial system until a judge finally ordered that Casey’s lawyers to divulge her whereabouts.

Anthony had been planning on leaving the states once her probation is up in September.  Now she’ll have to face trial in Orlando instead and face Gonzalez, who wants Anthony do something she never did at the criminal trial: face questions under oath in court about Caylee’s death.  Casey Anthony is required to appear at trial on Jan. 2, 2013.

Wouldn’t it be something if more of the “truth” about what happened to little Caylee came out in this trial?  Do you think there’s a chance more information will be divulged this time around?  Leave us a comment and let us know what you think below!