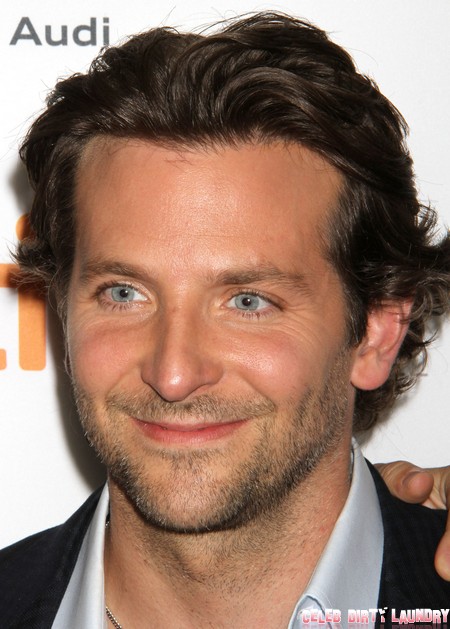 Hollywood mega hunk Bradley Cooper has had a dynamic career, swarms of women who would quit their lives to be with him, and a bank account brimming with cash. He’s also sexy—except when he goes to seed and stops grooming. So what does this A-list actor have to fear? Diving into his childhood, we see patterns of substance abuse, physical mutilation, and fear! It all started when Bradley cut his face after a run in with a glass lamp. The injuries required reconstructive surgery, and Cooper explained, “I couldn’t move part of my face for six months!” The accident made him extra sensitive to looking good, and ruined his high school dating life, leaving him with low self confidence and undeveloped social skills.

After struggling with the scars for years, Bradley started drinking and doing drugs, hoping to find an escape from the embarrassment. The substance abuse became so bad that, in a drunk and high fit, he attempted suicide, hitting his head upon the floor until he began bleeding. It wasn’t until family intervened that he realized how much he needed professional help. He turned his addiction for drugs into a therapy addiction, admitting, “I thought it was fantastic.” That’s how abusers live, moving from one obsession to the next, hooking on and milking it to the end, until it becomes destructive.

Now, the actor is living a clean life, focusing on his huge career, and is indulging his high school ego in international fame status. I think acting is his new addiction—and therefore, it’s on a clock that will run out someday. The end of Bradley’s actor will probably coincide with the day he is overcome by his fear of death.

He has cancer in his family, from which his father, Charles Cooper, died last year at the fairly young age of 71. Like many, Bradley is terrified that he will die young, before he can accomplish all of his goals. His story is a pretty common one in Hollywood, and the ego maniacs of film and TV always have an expiration date. Some last longer than others, some burn out sooner, like Lindsay Lohan. What do you think of Bradley’s fears? Rational, or fed by the crazy world that is Hollywood?