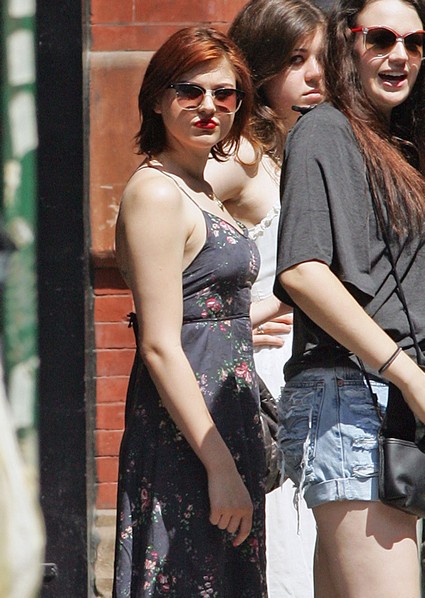 Courtney Love’s daughter, Frances Bean Cobain was “constantly worried” that the stoned rocker would accidentally kill them in a fire.

Frances, 19, obtained a restraining order against her own mother in 2009 and in a newly-revealed testimony from the case, the poor little rich kid, whose father is Courtney’s late husband, Nirvana frontman Kurt Cobain, fiercely put down her mom’s erratic behaviour which she claims was caused by her heavy drug use.

In a sworn court statement – dated December 10, 2009 – obtained by The Fix, Frances said: “[Love] has taken drugs for as long as I can remember. She basically exists now on … Xanax, Adderall, Sonata and Abilify, sugar and cigarettes. “

“She rarely eats … She often falls asleep in her bed while she is smoking, and I am constantly worried that she will start a fire (which she has done at least three times) that will threaten our lives.”

Frances claimed her mother’s hoarding and drug use had caused the death of two family pets, with her cat losing its life when it became entangled in a pile of rubbish, paperwork and fabric samples, while she alleged her dog died after eating a packet of Courtney’s pills.

As a result, the restraining order also ensured the 47-year-old singer was not allowed near to Frances’ beloved pooch Uncle Fester.

For her part, Courtney recently expressed her motherly love for Frances with her concern that Isaiah Silva, frontman for the Ramblers, got engaged to her daughter merely because he is after her money. Frances has begun to inherit serious money from her dad’s estate and recently bought a $1.9 million home into which Silva promptly moved.

Courtney’s response to her daughter’s engagement is typical of what Frances has claimed is her mother’s “obsession” with imagined incidents of fraud against her. Mom also once threatened to jump off a balcony in front of her daughter. She went on to detail in the court docs about an incident when her mother took her to the house of a former boyfriend, James Barber, and made her wait in a cab while she made sinister threats to him.

She recalled in the court documents: “She took me in a taxi to his house in the middle of the night, and from outside the house, in her bare feet, she screamed at him, threw rocks at the house, and threatened to burn his house down. His children were inside the house, but that did not stop my mother.”

Courtney makes me wish that parents needed a license to have kids.