Matthew Perry Gets A New Sitcom – Will This One Last A Complete Season? 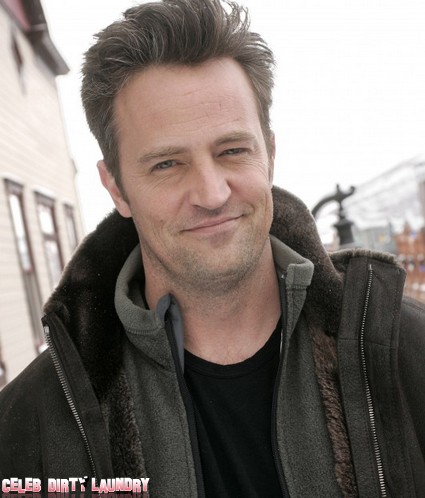 Matthew Perry is Chandler Bing. After the phenomenal success of Friends he’ll always be Chandler Bing. That was ok when he was one of the highest paid actors on TV – but it’s hurting his career post Central Perk. Attempts to move on and play another character haven’t worked so far…will a new sitcom finally rid him of the Chandler curse? Fingers crossed but don’t hold your breath!

A new series starring the 42 year old has been given the green light by NBC. It’s called Go On and in it Matt will play an ‘irreverent but charming‘ sportscaster who goes to therapy to help him move on from a loss. The show focuses on the group sessions he has to attend. It sounds promising – but then again so did Mr Sunshine. Remember that? After a lot of promotion it bombed and was canceled after nine episodes. It didn’t even last a season. A far cry from the halcyon days of Friends.

His co-stars in the new show are Laura Benanti from Playboy Club, Allison Miller from Terra Nova and Transformers actress Julie White. Now that the pilot has been given the thumbs up it’s all systems go to get the show ready for next season.

I hope for Matthew’s sake the show works. He did some great work on The Good Wife but great roles have been hard to come by. He’s seen former work mates Courteney Cox and Matt LeBlanc enjoy sitcom success since leaving Friends. While Jennifer Aniston has become a bona fide movie star. And if the latest attempt at a TV series fails he can’t bank on a Friends reunion. We already know one former cast member doesn’t like the idea Jennifer Aniston Says Friends Movie Won’t Work So like I said, fingers crossed for Matt – but don’t hold your breath.