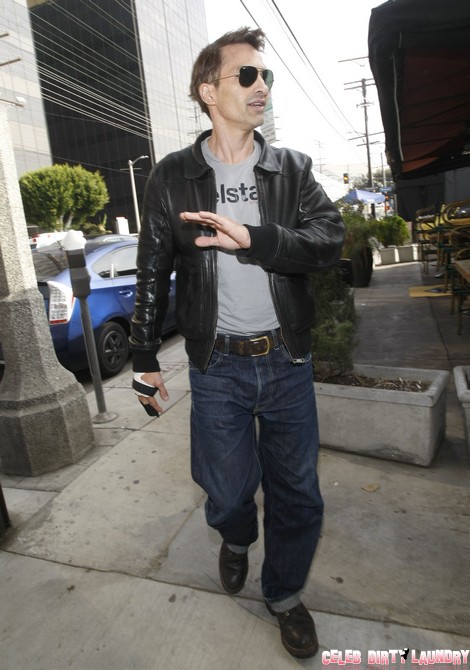 There is a new development in the Thanksgiving ‘Monster’s Brawl’ drama starring Halle Berry, Gabriel Aubry and Olivier Martinez. For many, Halle has been deemed the villain. She’s been cast as the vengeful woman who is trying to stop her ex from having a meaningful relationship with their child, Nahla. Olivier’s role in the saga is that of an accomplice who used his fists to brutalize a man into acquiescing his parental rights. As the lesser of evils, Gabriel has been absolved of all personal responsibility but the cops just may hold him accountable for his conduct.

According to official police reports obtained by TMZ, it is believed that Gabriel was the aggressor and started the fight. Despite the injuries Gabriel sustained, it was found that Olivier acted in self-defense. Of course let’s remember that ALL the witnesses are solidly team Halle.  Also, the only facts we know for sure are that Gabriel has the broken face and Olivier a broken hand… hmmm.

Furthermore, the report stated that Gabriel initially made no mention of the supposed death threats Olivier made against him. It is quite the omission but consider that Gabriel was dazed and confused after the severe beating he took at the hands of Olivier, the former semi-pro boxer. These latest revelations should quell the conspiracy theorists who believe that Halle provoked Gabriel.

But Halle’s own actions have given credence to this belief. She has waged a campaign to interfere with Gabe’s rights as a father by attempting to relocate to France with Nahla and essentially cut off contact between Gabe and his daughter.  Halle failed in her  attempt to take Gabriel’s daughter away from.

Halle claimed that the pap intrusion in her life would abate overseas but for a woman who makes constant paparazzi excursions to get her picture taken, fleeing from the cameras is counterproductive. At the risk of adding more salt to Halle’s bruised ego, her string of box office flops has not made her an A list heavyweight that commands a fever pitch surveillance. If Justin Bieber can maintain his profile without threat to his sanity, Halle can brave her reduced relevance outside of the tabloids.

Still, as these outlets use ink to paint her as a witch, she is not actually endowed with supernatural abilities. Halle can’t make Gabriel or any grown man act outside of their self-control. Gabriel does not need to raid the grocery aisle to ward off any spell that Halle may have cast. He just needs to rise above his own emotions or learn how to fight!