BY Annemarie LeBlanc on May 20, 2012 | Comments: 2 comments
Related : Game of Thrones, Recap, Television 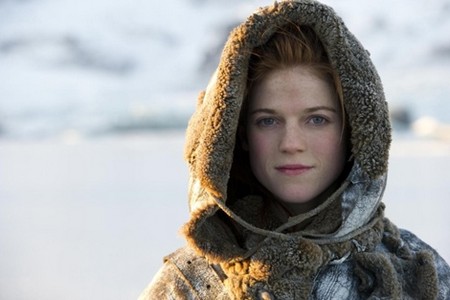 HBO’s hit show Game of Thrones returns tonight with the eighth episode of the second season called  ‘The Prince Of Winterfell.’ We only have three more episodes left of the season and we are leading up to the big Battle of Blackwater.  Stand by as we live blog tonight’s episode with the up-to-the-minute details.

On last week’s episode Dany received an invitation to the House of the Undying and she found out who has her dragons.  Theon was totally pissed off at his men because they let Bran Stark escape with Hodor and Osha.  His men quickly let know that he was also fooled by Osha.  Theon led a search party to find Bran.  Cersei tried to counsels Sansa.  At the end of the episode Theon shows two charred bodies that he captured a to the people of Winterfell.  He tells them he killed the Stark boys.  I don’t believe it I think Theon is just making it up.  If you missed the episode you can read our full and detailed recap here.

On tonight’s episode Theon holds down the fort at Winterfell and receives a visitor,  Arya calls in her debt with Jaqen, remember she still has one more person he has to kill for her.  Robb is betrayed and Stannis and Davos approach their destination.   Ygritte brings Jon Snow before her leader as a prize.

Tonight’s Episode: Tonight’s show opens at Winterfell.  A writer is riding up to the castle. It is Theon’s sister Yara and she wants to know where the Prince of Winterfell is.  He tells her she should be proud of him and she tells him of course I’m proud of you I saw the bodies hanging, I should be proud of somebody who killed a crippled six-year-old. His sister tells them he is the dumbest c*!* alive. The 2 Stark boys were very valuable and he killed them.

Theon asks her why she didn’t bring enough men?  Yara tells them because he has come to take him home. She reminds him that when Robb Stark finds out that he killed the Stark lords all the North will be after him.  Yara beseeches him to come home with her and not die at Winterfell.

She resigns herself to the fact that he is staying at Winterfell and tells him not to die so far from the sea.

Talisa and Robb Stark are on their way to The Crack.  Talisa she tells Robb when she speaks to the people they all loved his father.

Talisa asks if Robb cares about gold.  he tells her he is fighting this war so he can go home and the men follow him can go home. He cannot do that until The Lannisters are defeated.

A soldier comes to Robb and tells him that Jamie Lannister ‘The King Slayer’ has escaped.  He finds out that his mother Catlyn released him.  She tells Robb The Lannisters have her children and she hopes that releasing Jamie will save her children.

Robb is not happy and tells his mother that he dishonored the camp. He let his mother know that Jamie fooled her.

Meanwhile Jamie is with Brienne of  Tarth and she has him bound and she is taking him to Kings Landing.  Jamie is being his usual obnoxious self. He keeps trying to provoke Brienne to anger.

Tywin is told that Stannis is two days from Kings Landing.  Tywin is not worried he thinks Joffrey will fight.  Tywin knows that Robb has sent a small force to Winterfell to recapture it.  He knows Robb won’t mark until they are back.  So Tywin intends to leave to attack Robb now.  Arya hears the plan.  She heads to find Jaqen H’ghar to call in her last favor.  She cannot find him, she goes to see Gentry to find Jaqen.

She finds out that he went on patrol.  She watches Tywin leave the castle with his men to go after Robb Stark.

Tyrion is talking to the commander of the watch and he is upset because he is staring at him.  Tyrion wants him to help him plan the defense of Kings Landing. Stannis will be there soon.

Samwell and the rangers are shoveling snow to dig a latrine.  Samwell wonders where Jon Snow is and Qhorin tells them he is probably dead.  Samwell does not believe it.  As they are shoveling they find something that was made by the first men. When they lifted up inside they find a night swatch cloak. Wrapped in it is the Dragon glass, horn and other things.

Arya is walking and she sees Jaqen – she asked them, how long after she gives them the last name will he kill the person. She tells him that the person that she wants dead is taking his army to kill her brother and she needs it done now. He tells her given name anyone and he will kill him. She whispers in his ear Jaqun H’ghan. He asked her why she says his name. He tells her to unsay his name. She tells him she will if he helps her and her friends escape. He agrees.

Cersei brings in the woman she thinks is Tyrion’s whore Shae but it is not her, is another woman.  Tyrion pretends that it is Shae and Tyrion tells Cersei that he will hurt her.  Cersei tells him to get out.  Tyrion runs to his rooms searching for Shae and finds her. He tells her they have to be careful, he tells her he would kill for her. He makes her promise she is his.  Shae promises.

Robb is told that they sent a dozen ravens and still no word.  Robb decides that when they storm Winterfell any Iron blood who surrenders will be spared. Talisa comes in to see how Robb is.  He tells her he had to arrest his mother, the Lannisters have his sisters and the man he thought was his brother has betrayed him.

He tells Talisa he wants to be a good King.  He asks Talisa how she went from reciting poetry to sawing off men’s feet.  When she was young she left the castle when her parents left with her brother. She was swimming, treading water and couldn’t see her brother, she turned and saw her brother floating in the water facedown. She dragged him out of the water and pulled them on the riverbank and she screamed and shook him, but he was dead.  A slave, a man who worked on a fishing boat pushes her out of the way and started pushing on her brother’s chest again and again until her brother spat out half the water and was alive.  Talisa decided then never to read poetry again but to help people.

Robb grabs Talisa and kisses her and they start to rip each other’s clothes off in fall the floor making love.

Gentry, Arya and her friends are at the gate waiting for Jaqen.  The others are afraid to go, but Arya tells him she’s going. As they walked out the dates there are two men there but they’re both dead.

Stannis and Davos on their boat and they are going to reach King’s Landing in a day.  Davos thinks that the Lords don’t like because his father was a crabber.  Stannis is confused as to why he would protect those Lords.

Stannis recalls how Davos came to Storms End to save them.  He tells Davos that when he sits on the iron throne Davos will be his hand.  Davos is honored.

Varys tells Joffrey that Theon took Winterfell.  Joffrey thinks it is the perfect time to attack.  Tyrion reminds Joffrey that Stannis is on its way.  Joffrey brags about what he’s going to do to Stannis.  Tyrion looks at him like he’s an idiot.  Tyrion tells Varys that he was honored when his father appointed him hand.  Varys tells him he is a good hand.

Varys tells him if Stannis take over Kings Landing he will burn all the people and sacrifice them to the God of light.  Tyrion asks why all the Gods are so horrible.

Varys tells Tyrion about Dany’s being in Quath and her dragons.  Jorah Mormont tells Danys that he has a way for her to leave. She tells him she cannot abandon her dragons, a mother does not abandon her children.  Jorah tells her if she goes to get the dragons she will never leave, the magic in the house of undying is strong.

Dany’s tells Jorah the dragons are her children and they are the only children she will have. She asked him to take her to them.

At Winterfell Theon wants to bury the charred corpse.  As Maester is walking he sees Osha.  She has brought Bran back to Winterfell she thinks it is the last place they will for him.  Osha asks whose are the charred bodies and Maester tells her they are the farmer’s sons who Theon is trying to pass off as the little Lords.

Osha asks him not to tell Bran because he will blame himself and he agrees to say nothing.