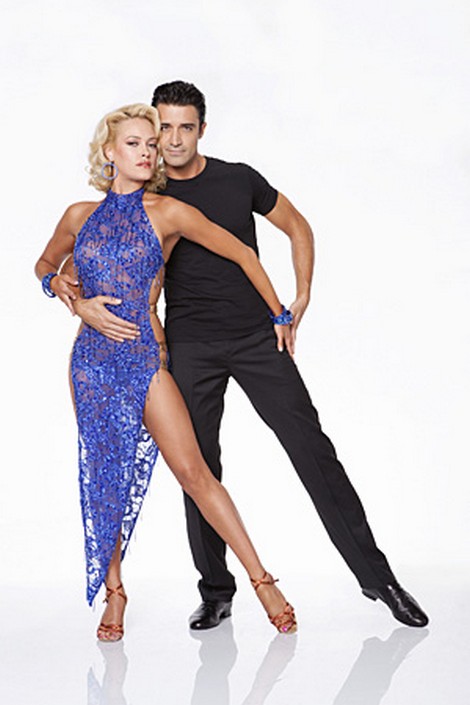 Gilles Marini danced the Fox Trot for his first performance of Dancing With The Stars All-Stars 2012 Season 15.  All 13 couples will hit the stage performing either the Cha-Cha-Cha or the Foxtrot to impress the judges and viewers at home, hoping they’re not the first couple sent home.   We recapped the tonight’s show for you and if you want to see how all the couples did go HERE!

Gilles Marini and professional dancer Peta Murgatroyd dancing the Fox Trot.  Gilles had this to say about coming back to Dancing With The Stars, “I want to go to the end for the smile of my daughter [Juliana] having a blast, knowing her father is doing something she can finally watch. I just want to make people smile … It’s not about me. It’s about the 20 million people who would watch. I’m going to go through what I’m going to go through, but I’m going to do the best that I can.”

Judges Comments: Len: “I loved the mix of steps.  It had great balance to the routine.  You add sophistication to the routine, that you always want to see in the foxtrot.” Bruno: “Panache and finesse, old time Hollywood gloss and glamor.  Technically so good, can I see it again?” Carrie Ann:  “I missed you, that was gorgeous.  That was just ridiculous.”

Watch the video below and let us know what you think? Do you think that Gilles did enough to win the Mirror Ball Trophy? Sound out in the comments below!