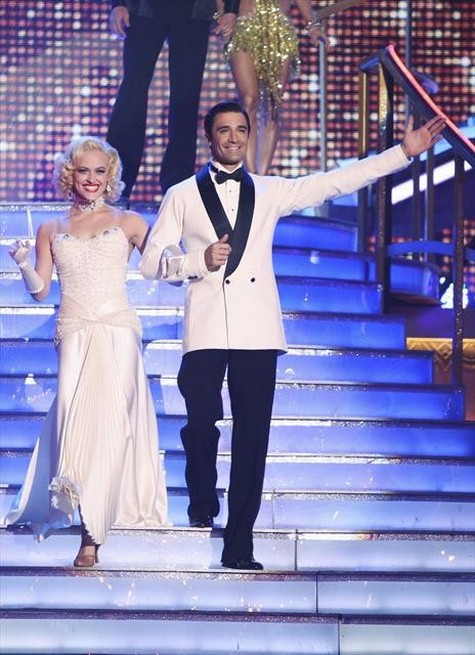 Gilles Marini danced the Jive to Don’t Stop Me Now by the Queen for his performance tonight on Dancing With The Stars All-Stars 2012 Season 15.  All 12 couples hit the stage performing either the Jive or the Quickstep to impress the judges and viewers at home, hoping they’re not the first couple sent home.   We recapped the tonight’s show for you and if you want to see how all the couples did go HERE!

Gilles Marini and professional dancer Peta Murgatroyd dancing the Jive.  Gilles had this to say about his dance tonight, “I never liked the Jive [but] she showed me her choreography and I really like it and I really got it in a way that is super hard.” Peta agreed it’s extra hard since it’s syncopated and super fast. “I gotta look like her the entire time.”

Judges Comments:   Len: “You got to be consistent and you were as well as dynamic and fast.”  Bruno: “Let the good times role, great.”  Carrie Ann:  “It so much fun watching you dance, your kicks were fantastic, I see a little John Travolta happening.”

Watch the video below and let us know what you think? Do you think Gilles did enough to win the Mirror Ball Trophy? Sound out in the comments below!