Glee Season 4 Premiere Review: Total Disaster ‘The End Is Near’ 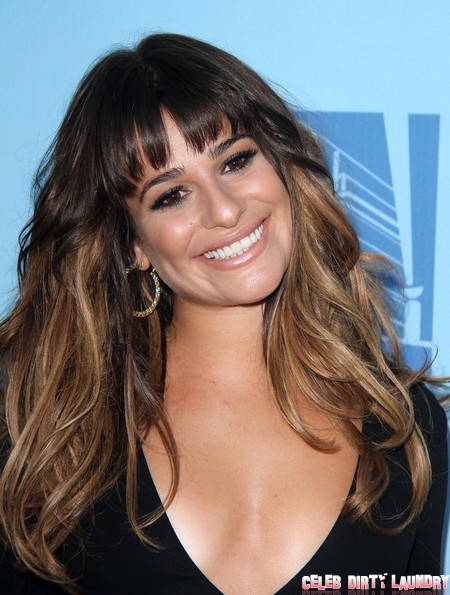 In the macabre season four premiere, we witnessed a different, mature and over-stylized production of a show which was once known as Glee. Several of the die-hard Gleeks tuned out of the season premiere and cited that they could not watch another second of the next generation Frankenstein show. Our favourite television program went from being a television juggernaut with originality, caustic humour and over-the-top vocals, to a sad and second-hand promotional event. What happened to Glee? What happened to the show we loved and adored? What happened to Kurt’s face?

Firstly, McKinley High looked unusual. It was wrought with soap opera sets and bad lighting. The famous halls of McKinley High looked monotonous compared to previous seasons of the show. The cafeteria and the lockers were counterfeit and under-lit, while the Glee club’s practice room was filtered with palpable bogus lighting. Secondly, the New York/Ohio multi-verse was one of the worst moments in the history of the show. Ryan Murphy attempted to merge the multi-verse in a musical number, but it came across as shallow, clichéd and forced. The new Glee forced you to reminisce about the good ol’ times, but in actual fact the only thing you were trying to do was to relate to the new characters. It could take some time getting used to, but until then we’re stuck with a completely different show that is spin-offish in its presentation.

Thirdly, Ryan Murphy’s immediate introduction of all the new characters came across as promotional and hurried, especially in the cheapened dialogue of Brady (Dean Geyer). Everything became too much for fans of the show to take in. Lastly, what the flying freak happened to the comedy? Yes, Britney was still being her stupid self, but the taunting of the cafeteria lady lacked the quality dialogue of past seasons and in all honesty, the script was a butchered reminder of what not to do with a show, especially a show that’s not too big on consistency. There was a noteworthy scene in the premiere that really accentuated Murphy’s lack of control over the dialogue – when Jake (Jacob Artist) freaked out after his solo, Kurt’s sanctimonious lambasting of Jake’s attitude became a heavy-handed “sit-yo’-ass down” delivery. It was just, in all honesty, too hard to watch.

The final death blow came in the form of Rachel’s hysterical tears at the fountain in New York. For those who didn’t finish the episode, she was talking over the phone to Kurt and crying over her new life at NYADA. In one of the most hackneyed moments in television history, Kurt told her to “turn around” and obviously, as she did, he was standing behind the fountain in all his glory. This is the type of “OMG” plot structuring that surfaced throughout the premiere episode. How, in one of the biggest cities in the world, did he find her so easily while she was talking on the phone and confessing her ineptitude? Please don’t make us feel cheated Ryan? Glee is becoming a bit too unreal to handle. The future of our favourite show is slowly disintegrating into a vat of putrid and sentimental acid.

The new characters, most notably Marley Rose, were carbon copies of the familiar three season Glee cast. The new head cheerleader (Kitty) was a comatose re-produced hybrid of Santana and Quinn, but without the sincerity and beauty which those characters contained. Jake’s voice was exquisite, but he was basically a new Puck with more attitude than a drunken character from Mortal Kombat. Brady was the new Finn, but his eyes were bluer and his body was more defined. Kate Hudson was a one-dimensional version of herself and her theatrics became too much to bear during her few scenes. The old characters might sporadically return in the new season, but without them in Glee club and in the bubble of McKinley High, we doubt they would be of any real value to the show. Kurt was a shining example of the next generation universe, but instead of bringing the old fighter out in Kurt; we were presented with a filtered version of this iconic character.

We think Glee finally jumped the shark, reached the point of no return, dunked itself in the black hole of television, cried herself asleep in the arms of The Bachelorette. However, if this season does not pick up during the first 5 -6 episodes, we will be left with a bastardized amalgam of 7th Heaven, High School Musical and Fame (the abhorrent television version, not the movie).