Grab the Ear Plugs – Lindsay Lohan Will Sing On SNL 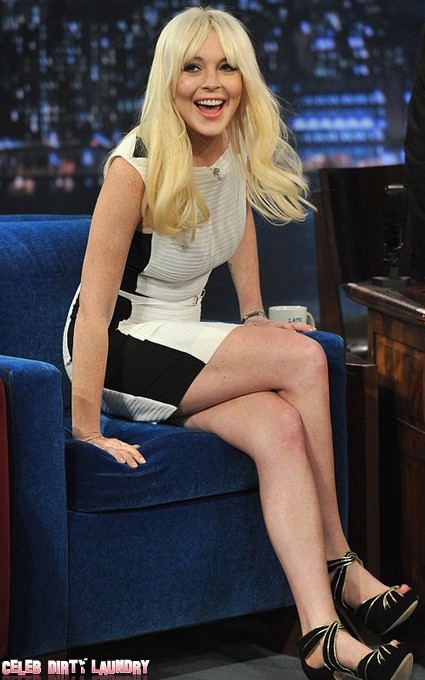 Before Lindsay Lohan‘s career went down the toilet and Hollywood stopped calling she had a side job as a pop singer. She even released two albums and had a minor hit called ‘Rumors’. Well, if you’ve missed LiLo’s brief foray into music you’re in for a treat  – the struggling actress will grab the mic and belt out a tune on Saturday Night Live this weekend.

According to TMZ Lindsay will sing some of her opening monologue. What will she sing about?  Maybe her fall from grace, arrests, time in jail, visiting the Judge, working at the morgue…she certainly has a lot of life experience to draw from. At least her woes haven’t been in vain. Her life in the last couple of years would make a great country song.

Apparently Lindsay doesn’t take herself too seriously. That’s good to know since she’s about to send herself up for an hour on national TV. It’d be a worry if the guest on SNL had a problem having a laugh. LiLo also sees the humor in her string of brushes with the law. So the writers on the show haven’t got a list of topics that are off limits. It’s all going to be laid out there for everyone to see – and laugh at!

Tonight has to work for for Lindsay. She called the show and asked to host. The one time A-lister needs some positive publicity. She’s also been promoting her appearance all over town Lindsay Lohan Makes Another Embarrassing TV Appearance