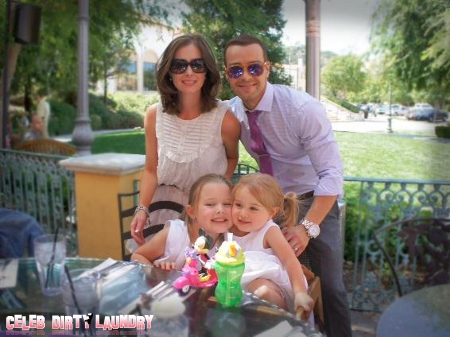 Over the course of this special day, these celebrities will be divulging their most treasured Father’s Day memories and stories on their Facebook timelines . . . . There are so many ways to show fathers that you care about them, so why not take a peek at how some of these great celebs, including a few notable chefs, have chosen to honor their dear papas!

Pop artist Greyson Chance has this to say about his wonderful father:

“One of my favorite things to do with my dad is to go play golf with him. We started when I was very young and now we try to go out and play 18 every time I’m home. It’s become something that I always look forward to when I go home. Happy Father’s Day!!”

For actor Joey Lawrence, Father’s Day has taken on a whole new meaning being that he’s now a father himself. He says it’s “the most important job he’ll ever have”

He says further: Happy Father’s Day to all of the dads out there! Being a father is the greatest thing that has ever happened to me, and one of the greatest things I could ever be doing all wrapped in to one. For me, Father’s Day is a reminder of one of the most important jobs that I’ll ever have — it’s more important than my career or anything else that I could be doing! I have been blessed and honored with the responsibility of raising two beautiful girls with my lovely wife and I could cherish nothing more.

Country singer Trace Adkins celebrated his Father’s day early this year after one of his daughters gave birth!

“I celebrated Father’s Day early this year when the eldest of my five daughters gave birth to my newest grandson,” he says. “Jackson Trace Webber on Wednesday, June 6. Jackson weighed 7lb, 3ounces. Rhonda and the girls also hinted about adding to our little grove of apple and peach trees they gave me last Father’s Day. There’s nothing more satisfying than to watch them grow – that goes for the little ones and the trees.”

To read what some of these other great celebs have to say about there fathers, check their Facebook pages periodically throughout the day to see if you can spot that extra special post (click the names in bold to be directed to their Facebook pages where they’ll be posting pictures and anecdotes)! Guy Fieri, Sal Masekela, David Alan Basche, Coco Jones, Sabrina Soto, Sam Talbot, Chef Ming Tsai, and Tracee Ellis Ross.