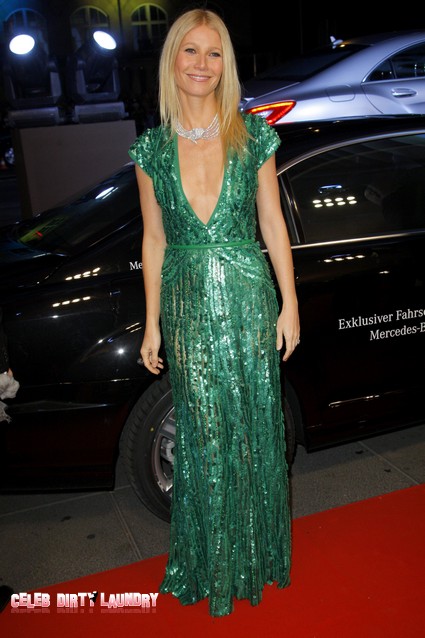 Gwyneth Paltrow is sexy and apparently she knows it – as her advice for Valentine’s Day centers upon physical love. Imagine the conceit on this celeb to think that she is in a position to explain what is sexy to the rest of us. As if her acting career, courtesy of her parent’s connections, implies that she knows more about sex, love, and romance than the rest of us do. Gwyn is the daughter of Blythe Danner, the actress, and Bruce Paltrow, the film and television director and producer.

For what it’s worth Gwyn, who is married to Coldplay’s Chris Martin, has offered up her advice in the latest edition of her goop.com newsletter, in which she provides what she considers tips on how to surprise a loved one on a budget. Of course as the child of Hollywood celeb parents, and then making a fortune herself, Gwyn is very experienced at living on a budget.

Time to reveal Gwyneth’s nonsense:  The special day should start with breakfast and swapping love notes before making a string of hearts out of coloured paper. Hearts of coloured paper… is this the third grade?

Sweethearts are then advised to make up lovey-dovey playlists for each other’s iPods or heat things up with a sex book such as the Kama Sutra Original Weekender Kit or Laura Corn’s book 101 Nights of Grrreat Sex.

According to Gwyn:  “At 3pm, you should arrange delivery of a bouquet of flowers, followed by a simple dinner of chicken paillard with avocados.  Later at 10pm — for over-18s only! Get the Kama Sutra original weekender kit at $25.”

“This little kit includes love oil, a pleasure balm and even some honey dust with a titillating little feather applicator for some fun wherever you end up.”

Anyone who does what Gwyneth Paltrow tells them to on Valentine’s Day doesn’t deserve love.