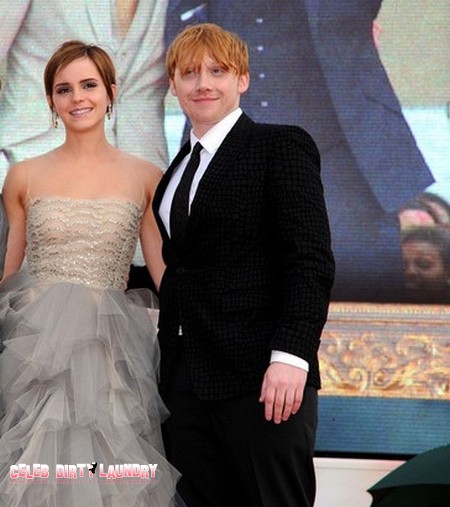 The pair – who played Hermione Granger and Ron Weasley in the wildly successful wizard franchise – topped the list compiled by Forbes after banking $4.2 billion between them at the global box office in four movies in the series in the last five years.

‘Twilight’ actors Robert Pattinson and Kristen Stewart – who are dating each other in real life – came second after they picked up $2.5 billion from their portrayals of vampire Edward Cullen and human Bella Swan respectively in the saga.

Shia LaBeouf and Megan Fox earned $1.5 billion after they starred as onscreen lovers Sam Witwicky and Mikaela Banes in ‘Transformers’ and ‘Transformers: Revenge of the Fallen’, which narrowly beat the actor’s onscreen romance with Rosie Huntington-Whiteley in ‘Transformers: Dark of the Moon’, which pulled in $1.1 billion.

Among the other stars who made up the list were Johnny Depp and Penelope Cruz, who earned $1 billion for ‘Pirates of the Caribbean: On Stranger Tides’, ahead of Orlando Bloom and Keira Knightley’s $963 million for their romance in the first three movies of the series.

5. Shia LaBeouf and Rosie Huntington-Whiteley, ‘Transformers: Dark of the Moon’

6. Johnny Depp and Penelope Cruz $1 billion, ‘Pirates of the Caribbean’

7. Orlando Bloom and Keira Knightley $963 million, ‘Pirates of the Caribbean’