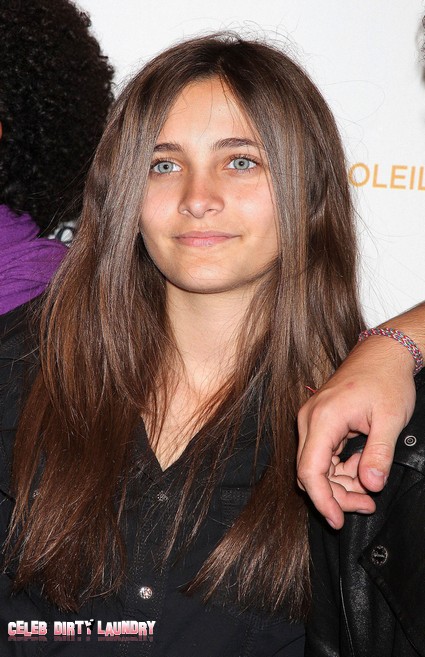 We are hearing rumors that Michael Jackson‘s 13-year old daughter Paris Jackson has gone boy crazy.  For anyone who has had a teenager daughter this is no surprise, at about 13 they all get interested in boys.  It seems Paris is no different that any other teenage girl and she is ready to date.  A soure revealed she is turning to her aunt Janet Jackson for boy advice.

An insider for the National Enquirer revealed: “Janet acts like both a mom and a friend to Paris.  She’s chatted with her niece about how she should wait many years before she is intimate with a guy.  She also listens to Paris when she speaks about her crushes and answers her questions and boys”

We are also hearing that Paris’ brother Prince Michael is very protective of her and if he hears about any boy interested in his sister he has a talk with them.   He wants Paris to concentrate on school and forget about buys.   Apparently their father Michael Jackson asked Prince Michael to take care of his bother and sisters and Prince Michael takes it seriously.

So there you have the story, what do you think, is it normal to for Paris to want to date boys at 13?  Sound out in the comments below and let us know your thoughts!