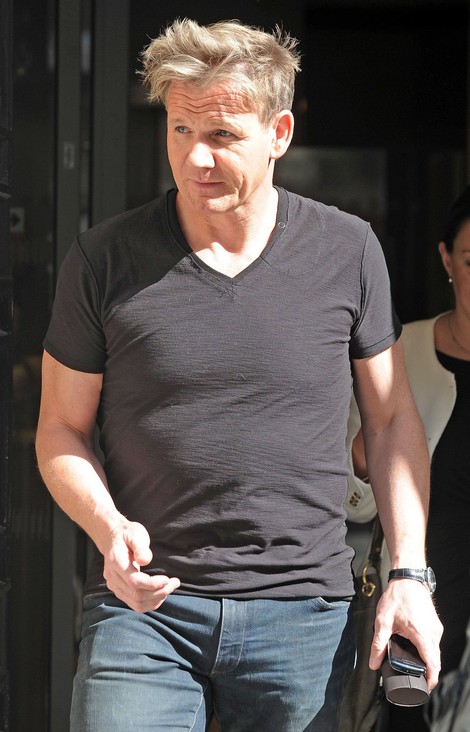 Just think of it for a minute – Gordon Ramsay for President. Awesome idea or atrocious idea? Yes, I know you have to be born in the United States so Gordon would never be able to qualify.

I love Gordon Ramsay and the idea I had that all British men are gentlemen was erased when I started watching Ramsay’s many American shows. Ramsay yells, swears, throws things, amongst other histrionics. Do you watch any of Ramsay’s many shows – Kitchen Nightmares, Hell’s Kitchen, Master Chef or even his newest one Hotel Hell? If you do then you know that Ramsay has a knack for getting down to the problems.

One of the better shows to demonstrate this is Hell’s Kitchen. Ramsay isn’t afraid to get down to the problem and calling it like he sees it. Some of the numerous catchphrases “Shut it down” or “You donkey, piss off.”

These supposed “chefs” that come into Hell’s Kitchen see an opportunity to be head chef at Ramsay’s “new” place, and better still, an opportunity at that special 15 minutes, and they jump. We are led to believe that these people, contestants, also possess the belief that they are good enough to do this job, heading up a high-dollar restaurant, shoveling the image and expertise of the likes of Gordon Ramsay. Here’s my question, why must every season continue to bring us so called chefs when my local Waffle House “chef” can cook better and probably run a kitchen better too. The simple truth of the matter is because of Gordon Ramsay. The show wouldn’t be the same without all of Ramsay’s escapades if they actually had competent and worthy chefs.

So what do we learn from this type of reality television? That people need to be yelled at and degraded, just like certain people in politics. They need to be told how awful they are in their supposed “chef” position.

This what our country needs, someone telling them that they are stupid and what they are doing is moronic. People have to understand that learning confidence is not a good starting point in life anymore. If you don’t know what you are doing, stop doing it until you can get it right. Don’t waste anybody’s time when you simply can’t do what is asked, or better yet, expected of you since you had previously told someone that you have a certain skill type.

Ok, now maybe using Ramsay as the shining example of what America needs is an exaggeration – but someone with his assertiveness who is not afraid to call people on their bullshit is what I think we need.