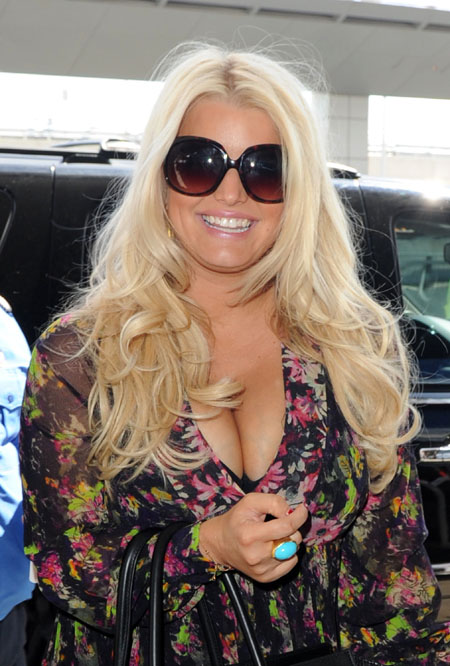 Uh oh, Weight Watchers is not going to be happy about this!

Jessica Simpson‘s weight loss battle has hit another bump in the road, and it seems her dad, Joe Simpson, is to blame. According to RadarOnline, Papa Simpson’s recent gay scandal has his oldest daughter stress-eating like crazy!

“Jessica’s diet has been seriously derailed ever since the gay allegations against her father were released,” said a source to the gossip website.

“While she’s not diverting from the diet, Jessica isn’t sticking to the portion plan and isn’t losing as much weight as she should…She knows that as the Weight Watchers spokesperson she has to be more disciplined, but her emotions are all over the place right now.”

You would think that the hefty, multi-million dollar salary Weight Watchers is reportedly paying the 32-year-old new mom would give her enough of an incentive to stay focused, but it seems that, in times of crisis, buttered Poptarts are Jessica’s coping mechanism of choice.

Supposedly, she is also upset that her “gaydar” was off with her father, and given how many close friends she has that are gay (like hair stylist Ken Paves), she was surprised and caught off guard by her father’s reported two dalliances with other men.

“Jessica had absolutely no clue that her father was gay, not even the slightest inkling,” added the insider.

Read More: Joe Simpson’s Not Gay: Having A Boyfriend Means Nothing

“It was a complete shock to the system, she feels terribly for her mom who was left reeling by the announcement and her sister Ashlee has also taken the news quite badly.

“Jessica’s been trying to process the information slowly, but she’s having difficulty dealing with it. She can’t understand why Joe stayed married to Tina for so long, and can’t help wondering how much of their life was a lie.“

Despite the scandal and trauma to their family, the source added that Jessica was planning to stand by her father and support whatever choice he makes.

“After all, he’s still her father and Joe’s always been there for Jessica whenever she’s needed him…And not just as a father, but as her manager too.“

As Jessica’s manager, we just hope Joe is smart enough to make sure Jessica spends some extra time at the gym! Family crisis or not, Weight Watchers is going to ask for their money back, if Jessica doesn’t keep her end of their business arrangement!