Joe Simpson’s Not Gay: Having A Boyfriend Means Nothing 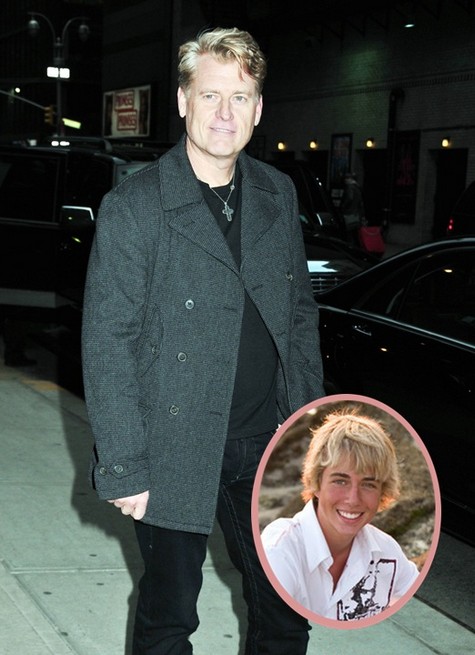 Jessica’s Simpson’s father, Joe Simpson, is finally speaking out about claims that he split with his wife of 34 years because he’s gay. The former youth pastor calls the rumors “ridiculous,” TMZ reports.

So, Joe Simpson is denying the gay rumors. Why then, I ask, are there clues to the contrary? For instance, very soon after the reports of the Simpsons’ divorce, Joe was spotted with a kicky new hair-do and wearing the tightest skinny jeans known to man. It seemed like the world was just about to get an announcement that would go a little something like this: “I like boys” (like literally… twenty-one year old boytoy Bryce Chandler Hill is barely out of his underoos) or “There was a reason me talking about Jessica’s breasts was okay and it’s not because I’m weird and creepy, it’s because I’m gay.”

Or the fact that Tina Simpson supposedly found modeling photos of Hill in her house? Why would a grown man have pictures of a young man modeling in his personal home? Hmmm? Oh, and let us not forget about that random DUI that happened in August. Was Joe’s world unraveling before he was ready to come out and he had to lessen the anxiety with alcohol? Sounds about right to me. But the family completely denies that any other party had anything to do with the breaking up of Joe and Tina.

According to a statement released by the Simpson’s publicist:

“It is an applicable split and there is no third party involved. Any other related allegations are completely false. The family appreciates your respect for their privacy at this time.”

Hmmm, in the words of Hamlet’s mom, Queen Gertrude: “The lady doth protest too much, methinks.”

Isn’t it funny that celebrities who have lived their whole lives on reality television or even just being famous, at crucial times when the public wants to know the most of what’s going on, is when they say “please respect our privacy.” Sorry! Not gonna happen. We’re going to be talking about this juicy scandal for a while guys. Or at least until we see Joe Simpson walking down the aisle with his same-sex partner in Connecticut.

Sources close to the Simpson family are split down the middle with their opinions. Some believing that Simpson is telling the truth about his sexuality while others feel that he is afraid to come out to the public just yet.

What are your guys’ opinions? Is Simpson gay and just afraid to face the scrutiny? Or do you believe that this is just fabrications?