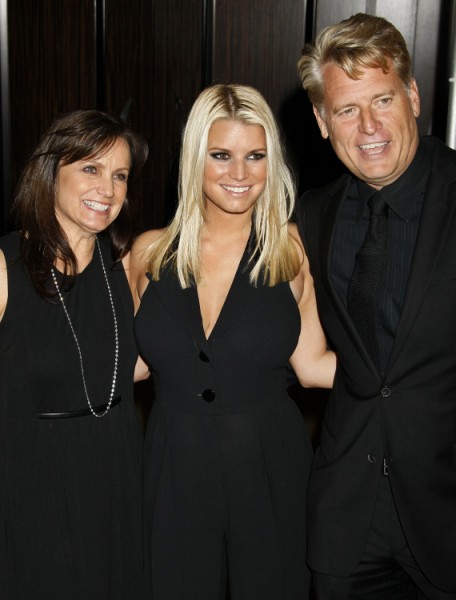 TMZ writes: “Tina claims she has separate property from Joe and wants to keep it. It’s unclear what that property is. In the county where Tina filed, there are specific rules about how divorcing spouses have to behave toward each other during proceedings — they can’t curse at each other, harass each other over the phone, or physically attack each other … basically they HAVE to act like civilized adults. If one spouse violates the rules, they could be found in contempt of court. Joe filed a response to Tina’s divorce petition days later, insisting Tina get nothing from the split.”

I’m not sure what’s less surprising – the fact that Joe’s gay or the fact that Tina’s finally leaving him. She’s probably been thinking about it ever since his infamous remarks about his daughter’s boobs. So the divorce isn’t a big head scratcher but did the papers get leaked today to add credence to the Joe Simpson/gay story? It’s way too coincidental for me.

So… is the Joe Simpson/Tina Simpson divorce going to get dirty? In documents, Tina claimed: “The marriage has become insupportable because of discord or conflict of personalities.”  It sounds like there was a whole lot of conflict between personalities. And now Joe petitioned that Tina get nothing from the split. I’ve got to imagine there’s a lot of money to fight over. They pimped their daughters out nice and good in those early years.  So either they’ve already decided how things are going to get separated or we’ve got a battle in front of us.

Is Tina Simpson divorcing Joe because he may have come out of the closet or are the rumors just bad timing? Did you see this coming for Jessica Simpson’s parents?