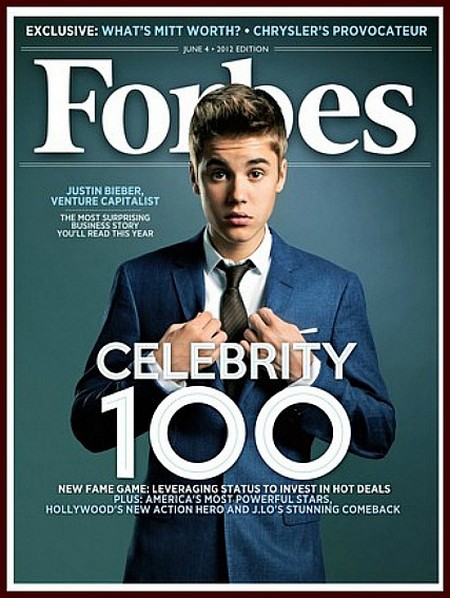 Her fashion line, investments and new fragrance helped no doubt, but it was her investment in Postcards on the Run that secured her spot.  Gomez says of her $750,000 investment,

I used to look through photo albums with my family, and now I don’t. There’s something really magical about holding a photo in your hands.

Justin Bieber has business in a lot of the same areas as his girlfriend and has wisely branded himself in order to expand his empire.  One of his biggest side investments is his stock in Spotify.

Social media helped launch my career. Without the Internet and without YouTube, I wouldn’t have gotten the chance to put my music out there and have people hear it, Says Bieber.

Bieber and Gomez are proving to be smart business people.  Sure, they want to be acknowledged and remembered for their contributions in the entertainment industry, of course.  But they are smart to make solid investments towards their futures.  The smartest celebs out there have done exactly the same thing.

These two have been likened to Jay-Z and Beyonce in power couple terms, if they manage to keep their relationship intact.  Do you see Biebs and Gomez together in five years or will the young love burn out sooner rather than later?  Of course if you believe Twitter then the Biebs already broke off with Selena! Tell us your thoughts in the comments below!